Like I said yesterday, I decided to take the kids to Grandma’s for a few weeks to escape the sizzling hot weather (thank goodness because today it hit 121°!  Yikes!), but while we are gone we’ll be missing my hubby’s birthday since he had to stay home to work. 🙁  Boo!  So the boys helped me make him a little Angry Birds cake and we sang to him before we left.

It won’t be any fun being away from him for a few weeks but I’m hoping my boys can have a fun summer since they will actually be able to be outside.  It’s really hard having the summer off of school but then being stuck in the house every day. 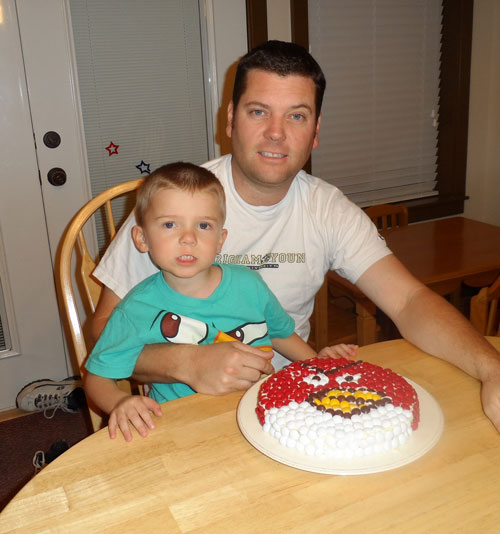 How to make an M&Ms Angry Birds Cake

You might have to use a little imagination on this one but we came up with the red Angry Bird made with M&Ms and Reese’s pieces (daddy’s favorites).  This was very easy to decorate but it was a little tricky finding the M & Ms all in one color.  You can order red M&M’s

but they wouldn’t have been here in time for our party.   I got lucky and found a bag that were supposed to be for the 4th of July so it had plenty of red and white in it.  We just had to eat the blue ones, which I was happy to do. 😉  Then we used Reese’s pieces for the beak, eyes and eyebrows. 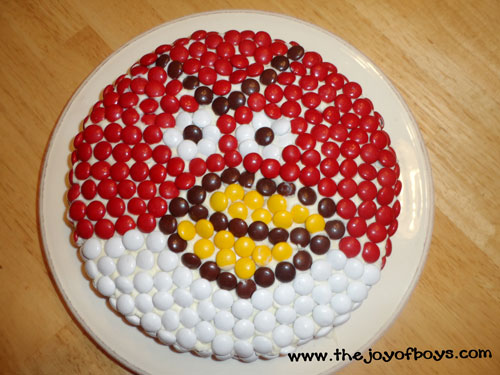 I’m thinking this is our last Angry Birds cake of the year.  Hopefully the boys can move on to another obsession soon because I’m running out of Angry Birds cake decorating ideas!  But, we do love those silly birds!

How to Make Camping with Kids Easy and Stress-Free…