I’m joining some of my favorite bloggers to celebrate the happiest place on earth.  Disneyland turns 60 years old this year and we are celebrating by bringing you Disneyland 60 Years in 60 Days. 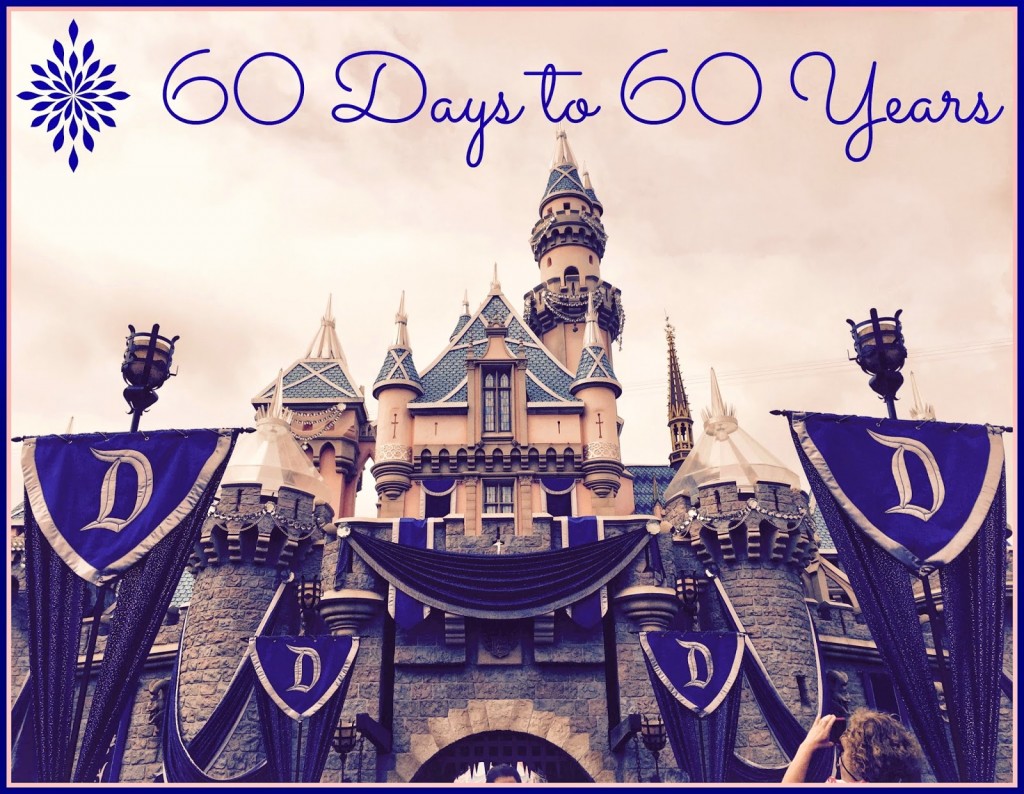 My first trip to Disneyland was in 1985 when I was only 5 years old and my family went back 2 more times while I was young.  I fell in love with the magic surrounding Disneyland and Mickey Mouse.  When I got married in 2000, I didn’t have any plans to head back to Disneyland that year but my husband surprised me with our Honeymoon trip to my most favorite place. Yes, he knew that the way to my heart was and still is through anything Disney-related.  He’s a keeper! 😉  We had a wonderful time at Disneyland celebrating 45 years of magic. (And we look so young!) 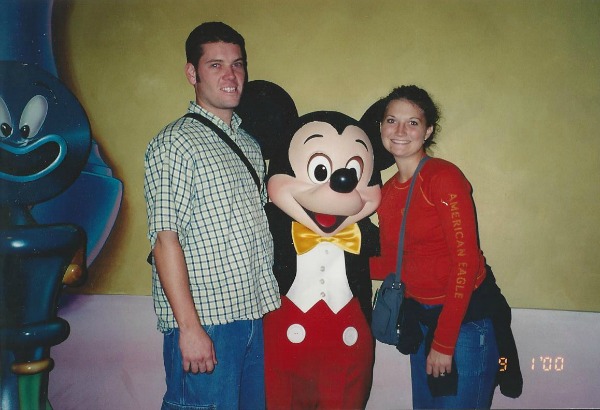 The year 2000 was an exciting year for Disneyland.  Disneyland celebrated 45 years of Magic with a new parade called “45 Years of Magic” as well as a new Firework Show,  “Believe There’s Magic in the Stars.”  There was also a TV Special hosted by Ryan Seacrest called Disneyland 2000 – 45 Years of Magic..

Going back to the very last  moments of 1999, Disneyland was anxiously waiting for the turn of the Century and what some believed would be the Y2K crash of electronic systems worldwide.  Disneyland took some extra efforts to close rides with elevators, such as The Haunted Mansion, as well as rides that were hard to evacuate, such as Peter Pan’s Flight, at 11:45 on Dec. 31, 1999 and planned to reopen them at 12:15, Jan 1, 2000.  They said these were just precautionary measures and that they didn’t foresee any problems.  The night went off without a hitch and fears of Y2K across the globe were put to rest. 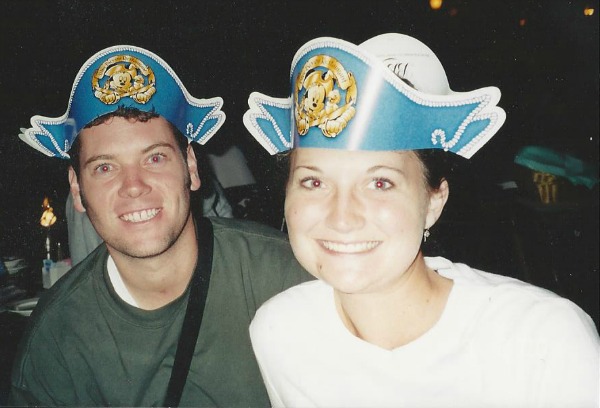 A few facts about the year 2000 at Disneyland:

Not everything about the year 2000 was a celebration for Disneyland.  In September, just a couple of weeks after we were there, a 4-year-old boy fell out of Roger Rabbit’s Cartoon Spin and was dragged by the car.  He suffered severe brain damage from his injuries and later died in 2009 at the age of 13.  This accident prompted Disneyland to change their emergency policy and they began instructing ride operators to call 911 first, instead of the Disney security center. They also added new security features to the ride.

Disneyland was the perfect place for our Honeymoon and we enjoyed staying at the Disneyland Hotel and being completely surrounded by Disney for the days that we were there.

Make sure to click below to read about the history of Disneyland as told by some awesome Disney bloggers.