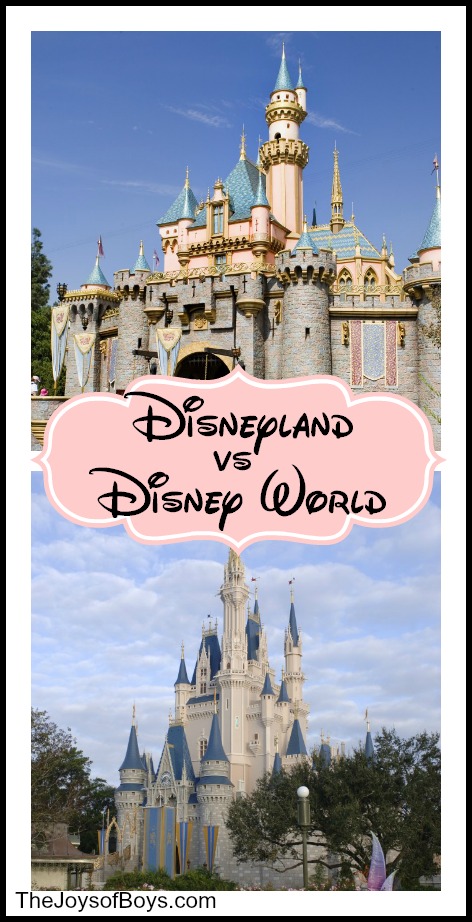 Our family recently attended the Disney Social Media Moms Celebration at Walt Disney World.  This was our first trip to Disney World and I had a lot to learn!  I grew up in the west and have visited Disneyland several times but Disney World was a whole new experience.  I did a lot of research for our Disney World trip but found that some things could only be learned by experiencing them. Affiliate links included.

Difference between Disneyland and Disney World

The first and most obvious difference between Disneyland and Disney World is the size.  Disney World is HUGE!  I naively asked a friend if we could see all of Disney World in 4 days, since Disneyland it is a piece of cake, and she told me she had been there 100 times and hadn’t seen it all.

Disney World is 43 square miles, or roughly the size of San Francisco.  It has 4 theme parks, 2 water parks, 27 Disney resort hotels, a campground, golf, etc.  With so many options for hotels it can be overwhelming knowing what resort is best for your family. You can find the best deal on Disney World Hotels , and read what others have to say at TripAdvisor.

If you are planning a trip to Disney World, choose a few must-see attractions and then the rest will just be icing on the cake.  Unless you have a couple of weeks to visit, you won’t see everything.

Disneyland is 160 acres and contains 2 parks which are within 100 ft of each other.  It has 3 Disney resort hotels, Downtown Disney for shopping and dining and there are dozens of other hotel chains near Disneyland that are within walking distance.  Everything is closer together and you can experience most everything in a 3-4 days or so. 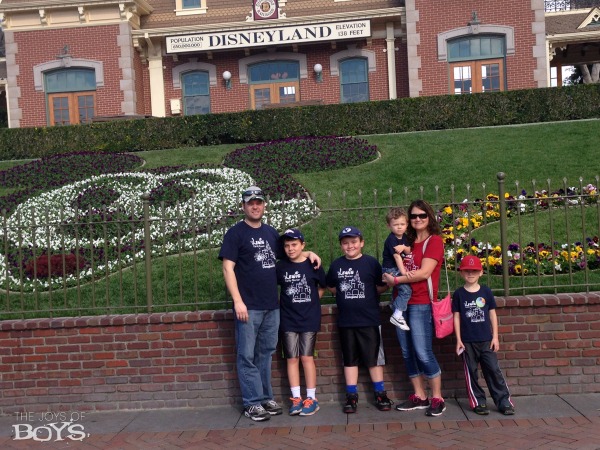 There is just a different feel at Disneyland as you realize you are walking on the same streets Walt Disney walked as he saw his dreams coming true.  Maybe it is because I grew up with Disneyland as my first Disney experience, but there is a tangible sentimental feeling there as you walk through the gates.  Disneyland opened in 1955 and Walt was a part of every detail of the park.  He dreamed up Disney World but died 5 years before it opened.  Magic Kingdom had some of that same feeling to me, and both experiences were magical, but in a different way.

Disneyland has more rides for it’s size and the rides in each land are closer together so there isn’t as much walking, but that is to be expected given just how huge Disney World is.  Some of my favorite Disneyland rides that are not found at WDW are Indiana Jones, Radiator Springs Racers (and the entire Cars Land), California Screamin’ (my boys’ favorite ride!) and the classic Matterhorn Bobsleds.

Our new favorites at Disney World that are not at Disneyland include, 7 Dwarfs Mine Train, Expedition Everest, Mission Space, Test Track and Rock ‘n’ Roller Coaster.

Disney World also had a lot of fun shows that Disneyland doesn’t have.  I felt like a kid again getting to see the Country Bear Jamboree!  They had it at Disneyland for years but it is no longer there.  I was more excited for it than anything else.  We also loved Monster’s Inc. Laugh Floor, Finding Nemo and Muppet Vision 3D.  There were many other shows we wanted to see but we didn’t have the time.

I was also excited for the Main Street Electrical Parade.  I had never seen it before even though I had wanted to while it was at Disneyland.  I even got a little emotional watching it with my kids.  It was magical!  Disneyland has a new Electrical parade as a part of the 60th Anniversary celebration.  I can’t wait to see it! 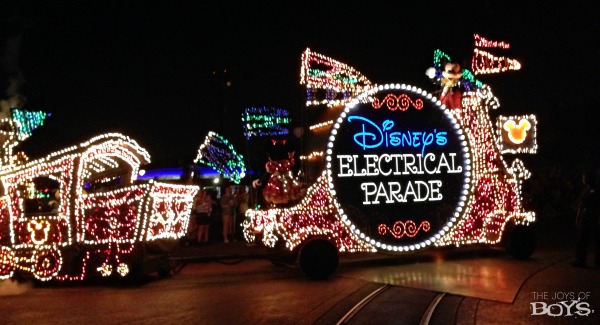 Disney World now has Magic Bands that really seem magical.  They are a rubber bracelet with a microchip that contains all of your trip information in one spot. It works as your park ticket, room key (if you are staying at a Disney resort), and even your credit card.  You can link a credit card to your Magic Band and not have to bring anything with you into the park.  It also holds your Fast Passes and Dining Reservation.  Once we figured out how the Magic Bands work, they made things really convenient.

At Disney World you can schedule your Fast Passes in advance from your phone or computer and you can have 3 scheduled at a time.  You can reload your fast passes once those three are used. At Disneyland you visit kiosks near attractions, enter your park ticket and a fast pass is given to you.  You can only have one Fast Pass at a time.

With the size of Disney World, I was really worried about figuring out the transportation between parks but I found that it really wasn’t so bad.  Disney World  has complimentary transportation by bus, Monorail and ferry but it can take between 10-40 minutes to get between parks and even up to an hour to get from the different parks to your hotel.  So, while you can park-hop you will want to schedule your days based on where the parks are located and take the time to get between parks into consideration.

At Disneyland you can walk from Disneyland right into California Adventures or Downtown Disney. They are only 100 ft away.  The monorail does take you from Tomorrowland to Downtown Disney, but you can also walk just as easily. Keep in mind that many hotels near Disneyland do not have a shuttle and will tell you they are close enough to walk. Some of them definitely are, but others are not very close and at the end of the day, the last thing little legs can handle is walking 1/2 mile or longer back to the hotel.

Transportation from the airport to Disney World was magical as well.  We took Disney’s Magical Express which was waiting for us when we landed in Orlando.  We didn’t even have to get our bags from baggage claim.  They magically appeared in our room.  Amazing! 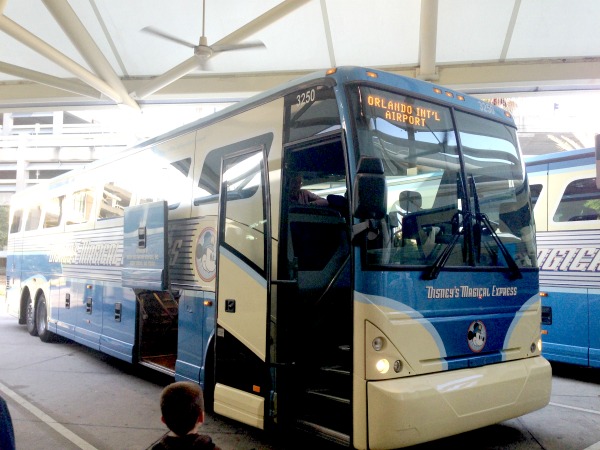 These were some of the main differences I found from visiting both Disneyland and Disney World. 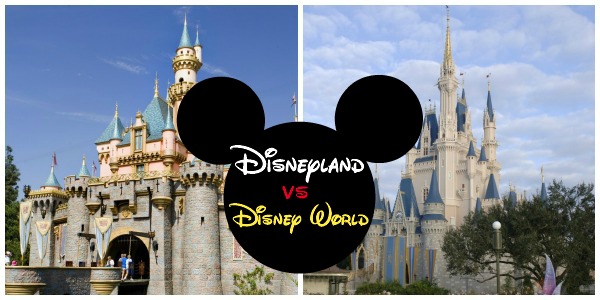 How do you compare Disneyland vs Disney World?

10 Awesome Things for Boys at Disneyland 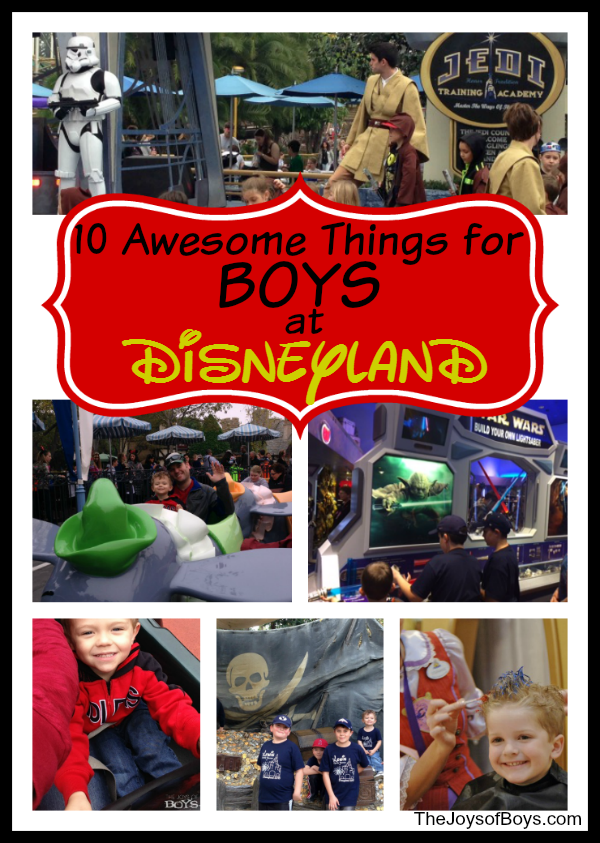