“I received party supplies in order to host a Disney Side @Home Celebration.  All opinions are my own. Post includes affiliate links”

We were thrilled to find out that we had been invited to host a Disney Side @Home Celebration and since our theme was Disney’s Cars, I knew it would be perfect for my house of boys.  Showing your Disney side doesn’t have to be complicated and that is why I chose to host an Easy Cars Party with food and activities that any mom could make. 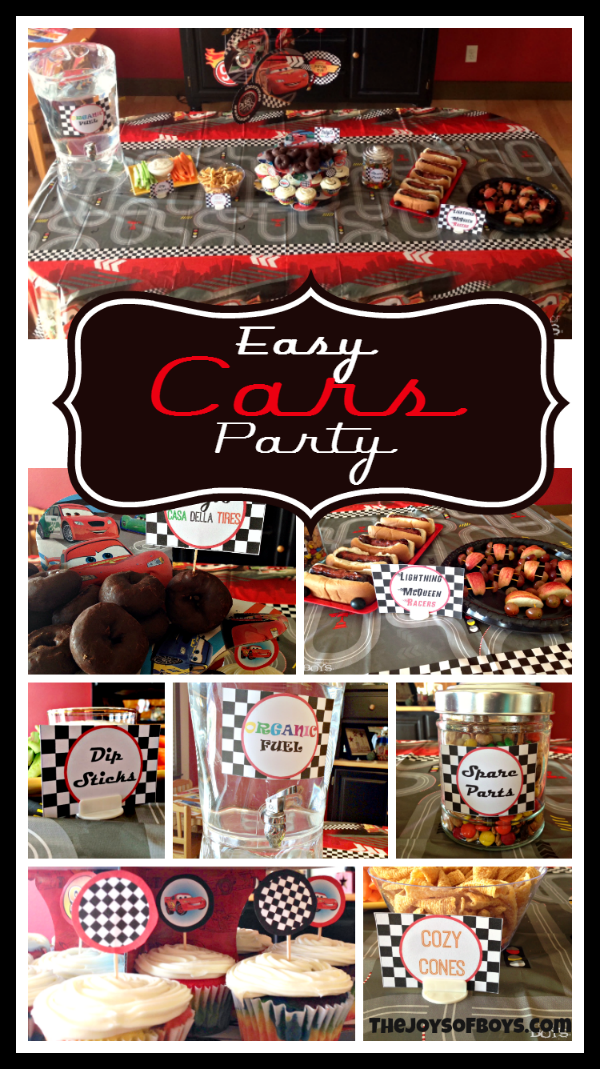 The cozy little town of Radiator Springs had some colorful characters and I had fun looking at each character for inspiration for our Cars party.

How to Host a Cars Party

Hosting a memorable party doesn’t have to be difficult or expensive.  We had a lot of fun using our imagination as well as some free online resources to add the perfect touches to our Cars Party 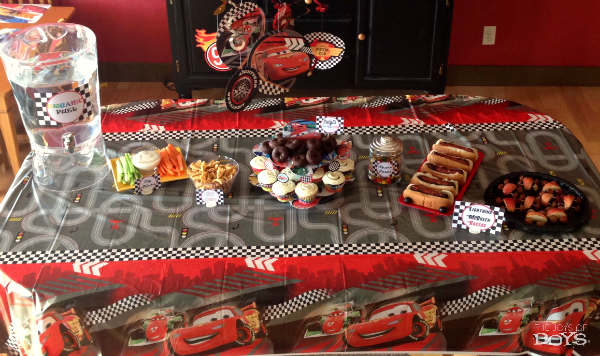 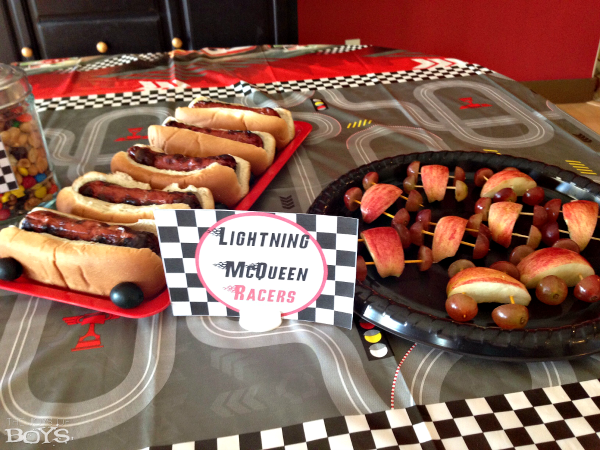 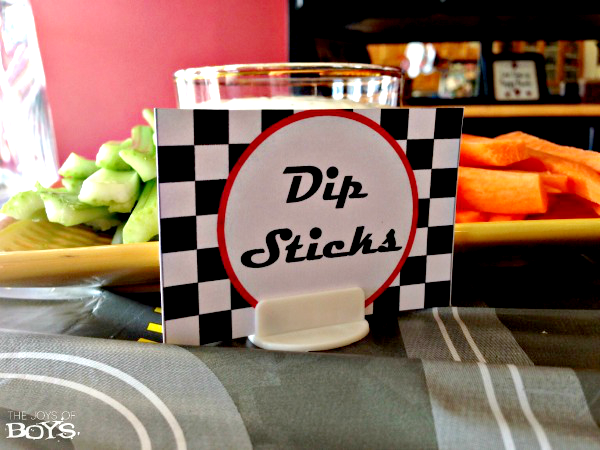 Our “Dip Sticks” were just cut up carrot and celery with Ranch dip. 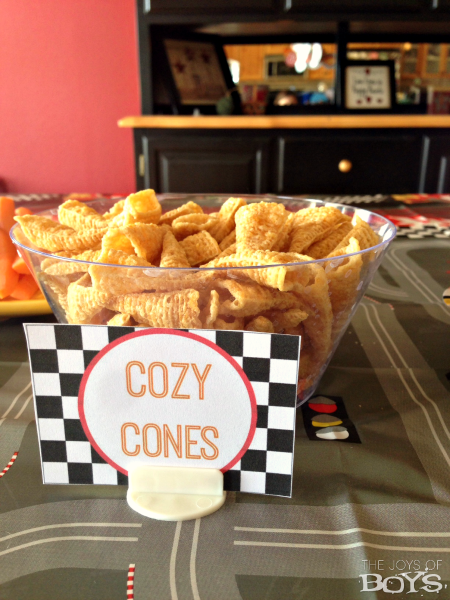 These “Cozy Cones” are Bugles corn chips and are inspired by Sally’s Cozy Cone motel.

And of course Filmore’s Organic Fuel. 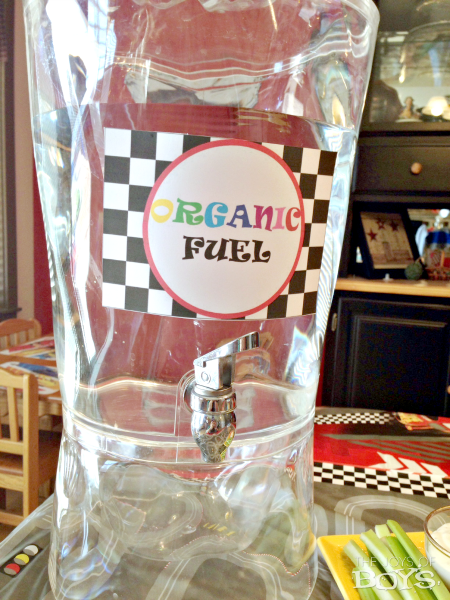 The food was a big hit! 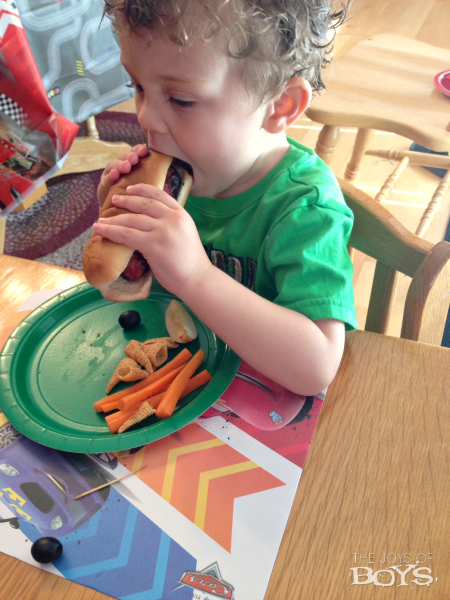 And you can’t forget dessert! 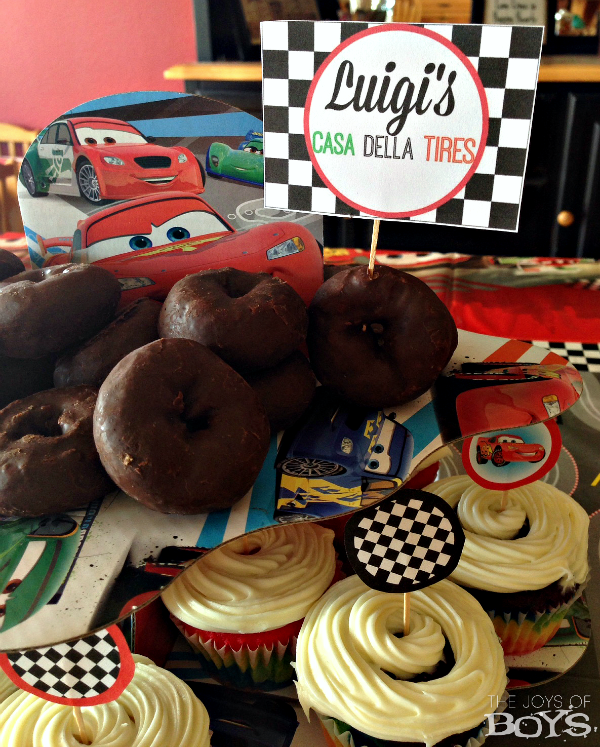 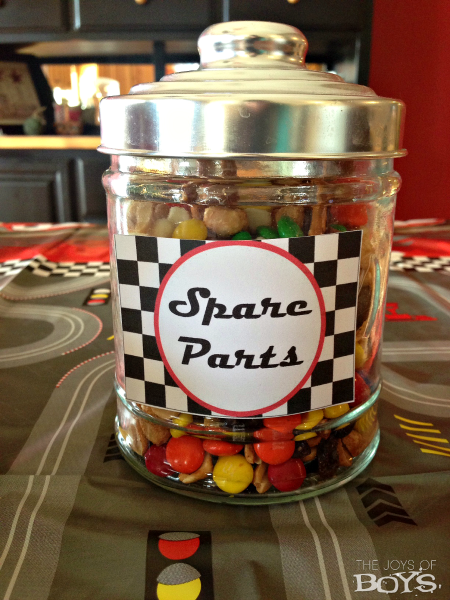 And you can’t have a Cars party without games!

Our Party pack included Pin the Smile on Mickey, 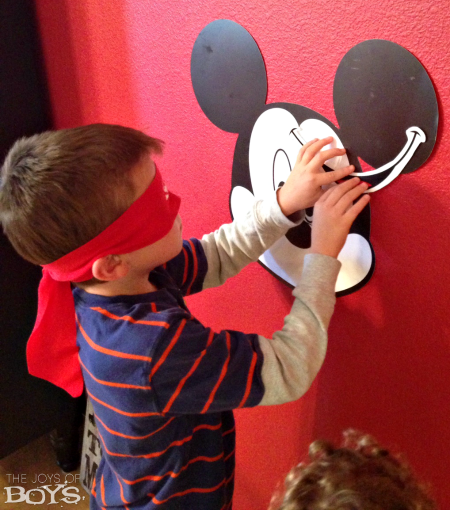 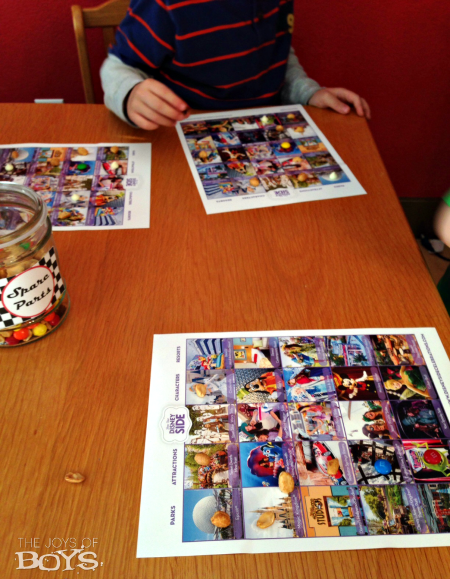 Other fun Cars Party games include:

(This one took me back to my childhood)

All children have to freeze whenever they hear “Red Light!”, and if the traffic light catches any of them moving, then they have to go back to the starting line.

This game is best done outside.

Select one player to be Lightning McQueen.  Select a spot to be home.

We had an awesome time at our Cars Party and, as always, we love to show our Disney side!

For more Disney side recipes and activities visit Disney Side Celebrations.