The Star Wars characters are all pretty amazing and when your son asks for a Star Wars cake for his birthday, you might panic a bit and wonder how you can pull it off.  But if this Ewok Cake was easy enough for me, anyone can make it! 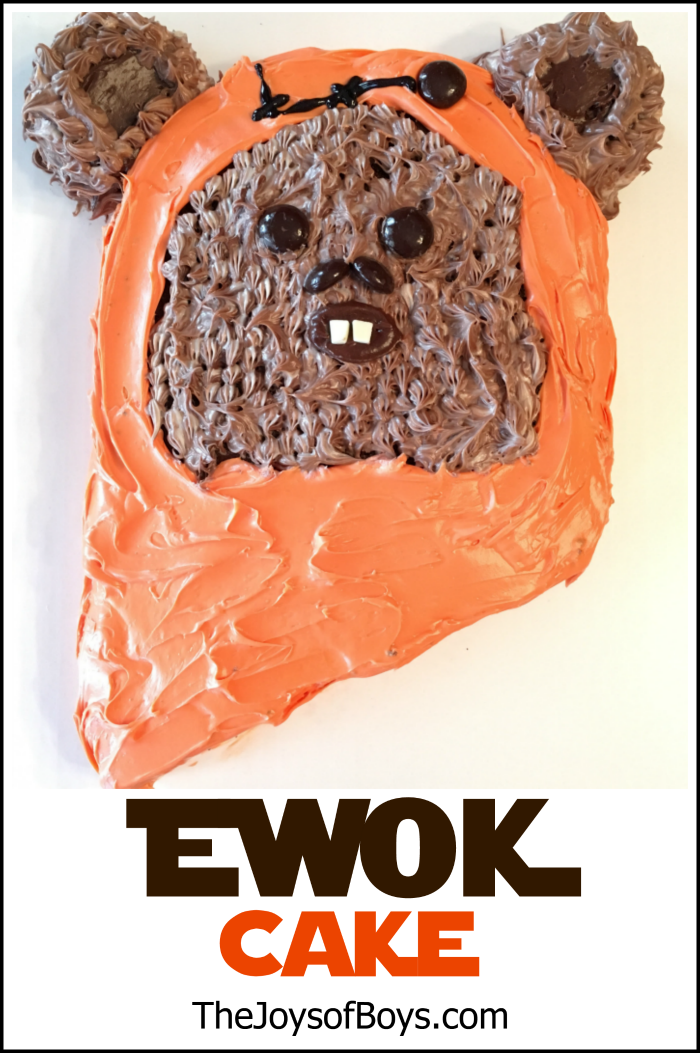 We are huge Star Wars fans and have regular Star Wars marathons at our house.  When my son turned 8, he begged for a Star Wars cake and he decided that an Ewok Cake would be awesome! Of all the characters on Star Wars, it seemed like the one I could most easily turn into a cake.

How to make an Ewok Cake

Bake cake as directed in 9X13 pan.  Let cool and remove from pan.

Round the top of the cake. 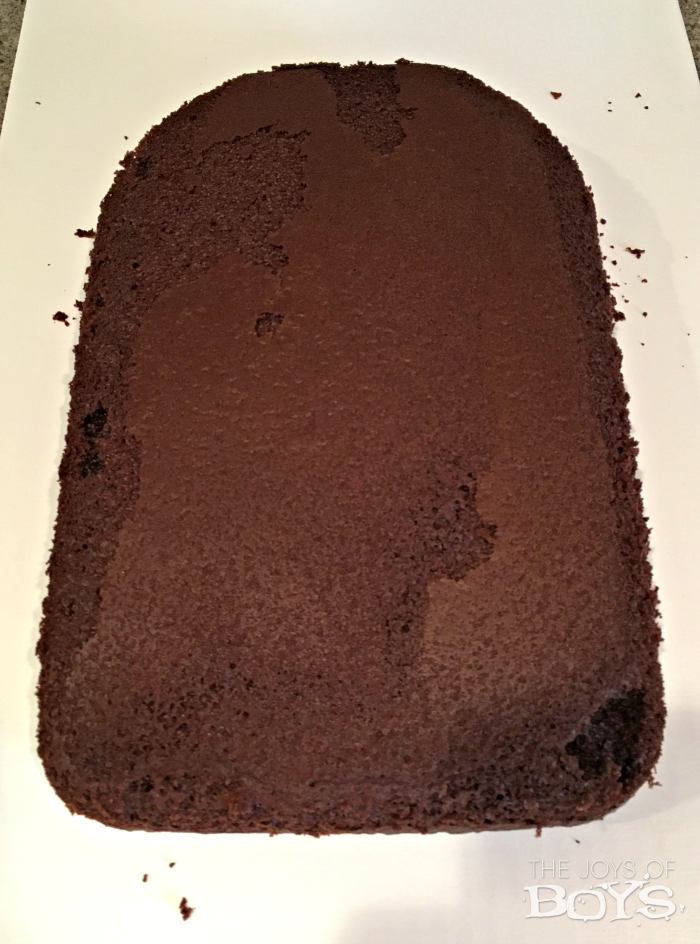 Cut the bottom of the cake in the shape of the Ewok’s head scarf being careful to keep the part you cut off together.  Use a round cookie cutter to cut out two ears from the cake you cut off. Place cake on cake board. 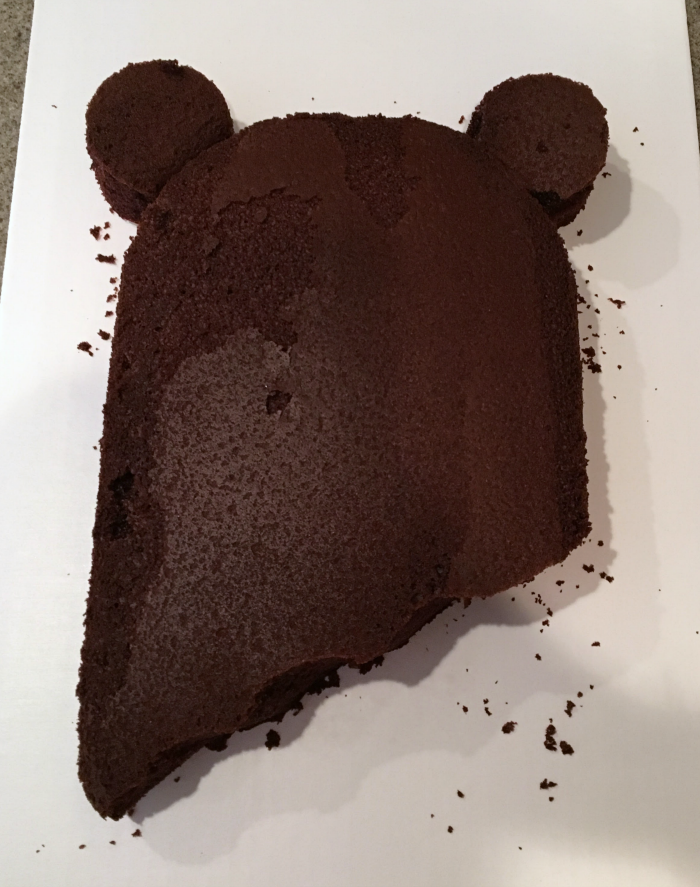 Frost the outside of the cake with the orange frosting as the head scarf of the Ewok. 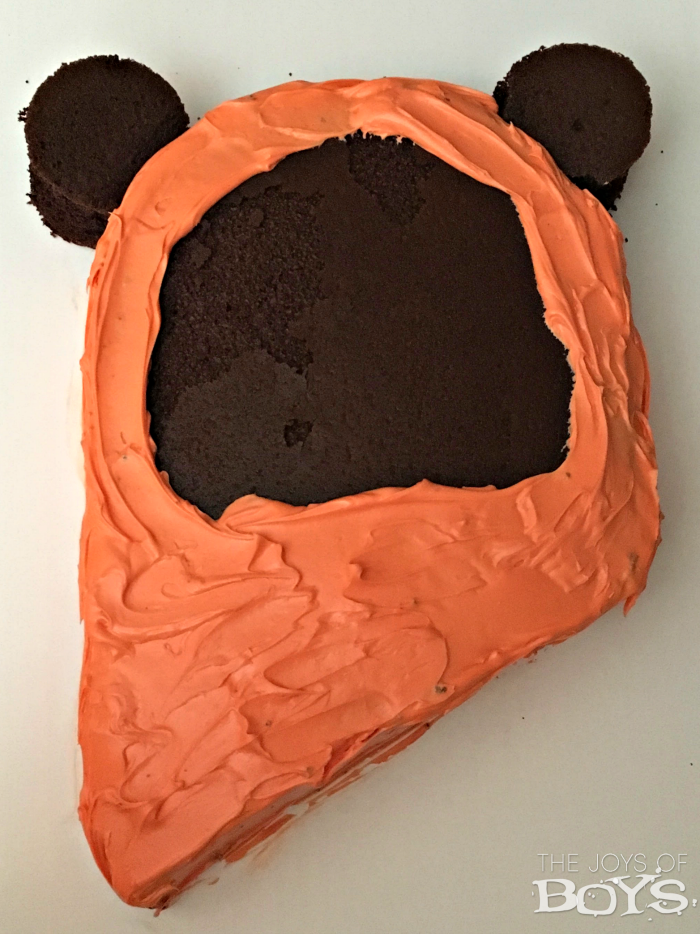 Slowly mix some chocolate and white frosting together so it is two-toned to look like fur. Don’t over-mix or it will just be brown. 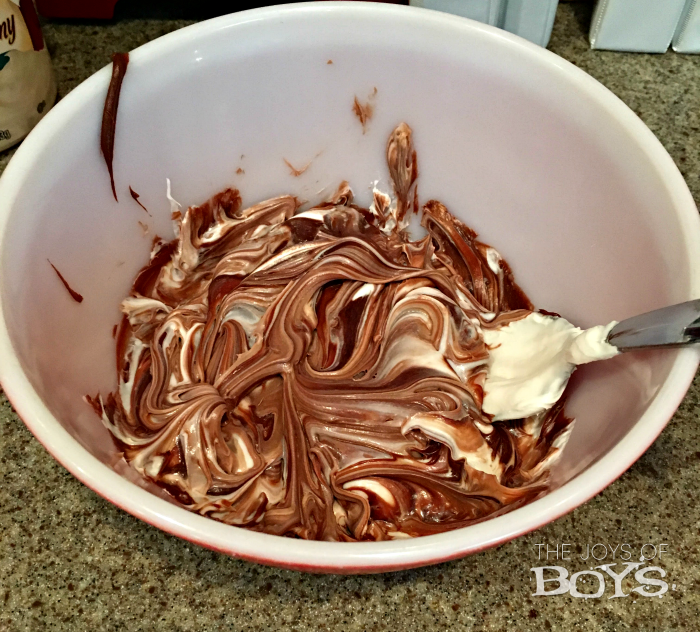 Put frosting in decorator or decorator bags (This is my favorite decorator!).  Use tip…..  and cover the face and around the tops of the ears with “fur” by pulling up on the decorator as you go.

Place two Junior Mints for eyes and cut one in half to make a nose.

Add a dab of chocolate frosting for the mouth and shape two white chocolate chips into the shape of the teeth. 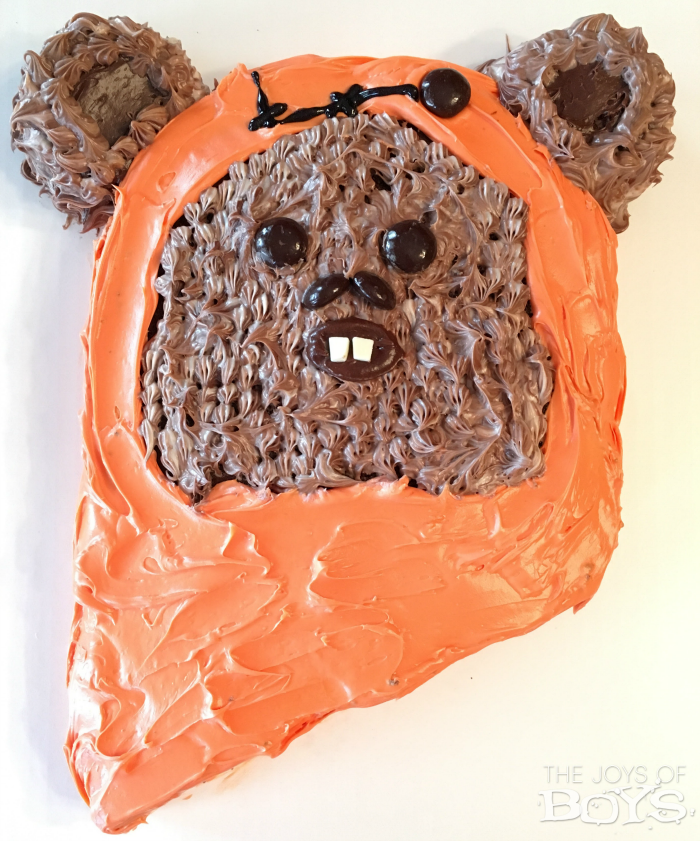 You can add details to the hood if you want to with black gel icing and Junior Mints.

The Ewok Cake was a hit with his sweet boy.  His eyes lit up when he walked in and saw it.  It makes mom’s effort all worth it! 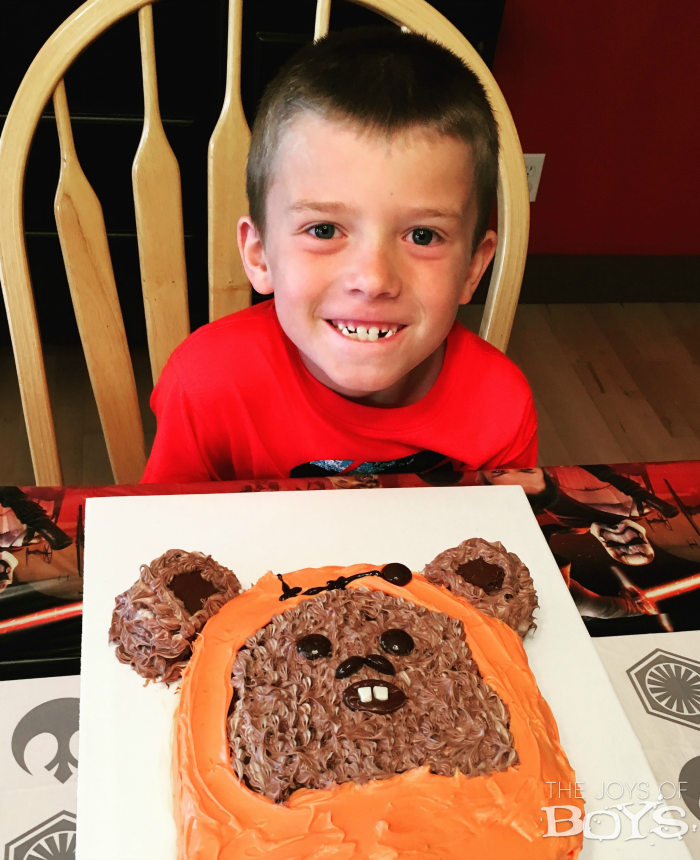 We love the Ewoks and we loved this Ewok cake!

Which Star Wars character is your favorite?

If you love Star Wars, check out: 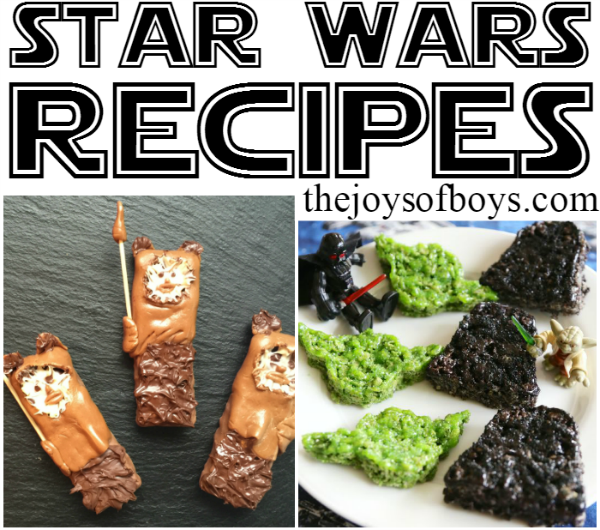 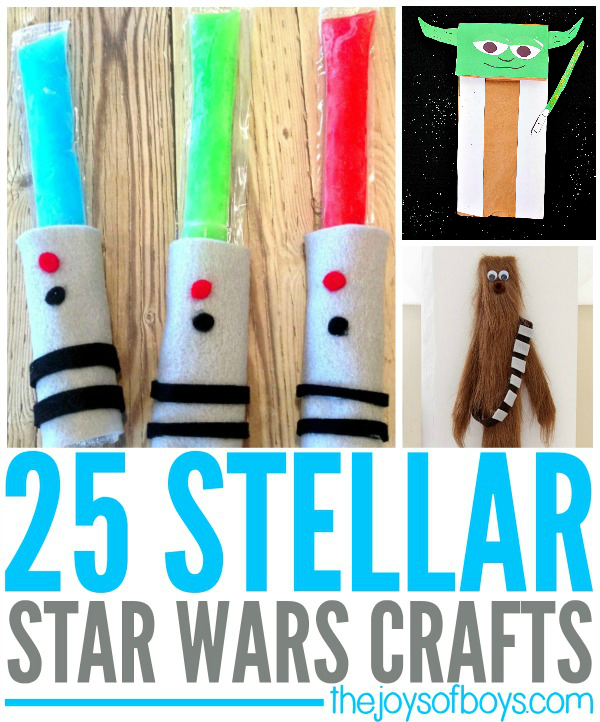