Whining is the worst! However, if you have kids, you will have to listen to whining from time to time. While it’s never fun, it’s just part of the role of parenting. Although I have raised four boys and mine are getting older, I have used a few of these tricks that WORK to get kids to stop whining. 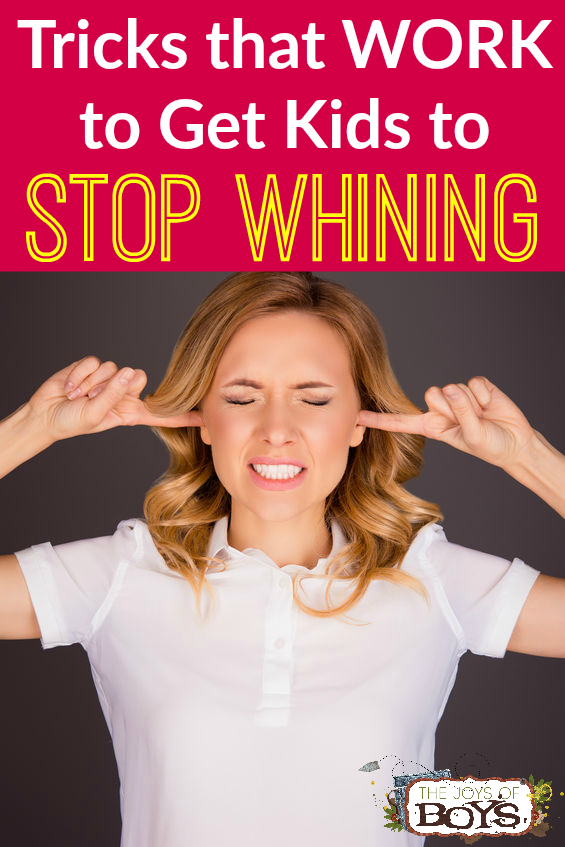 Get Kids to Stop Whining

I have some of my own tips for handling whining with boys, but so do the mamas from my Moms of Boys Facebook Community.  I asked them for their best tips and many shared their advice on how to get kids to stop whining.

Here is what they had to say:

“I tell him I don’t understand you while you’re whining so when you’re done and ready to talk like a big boy then we can talk.” – Ashlee B

“I keep on talking in a gentle tone until he stops…. Or I will pick him up and show him the trees outside, he stops instantly and forgot that he cried over nothing.” – Zani V

“Sometimes you have to ignore it. I found with my son if I started doing something else and didn’t even look at him he stopped. But if I kept trying to calm him down or would look at him it made it worse.”  – Kayla B.

“I ask for him to use his “regular voice” instead of his whiney voice or tell him I can’t understand his whiney voice so he should use his regular voice so I can understand him better. I just repeat it if needed or ask him if he needs a hug. If none of that works, I ask him to take a minute of quiet time to himself and then come back and talk to me. I try really hard not to engage with the conversation, just focus on the whining or behavior I’m trying to change, not the topic or object that he’s upset about.” – Sandra D

“Hide in the bathroom with a glass of wine and bag of chocolates.” – Renee E

“I ignore it. Mine’s 18 months and I’m trying to nip the tantrums in the bud while he’s young. It’s a work in progress, but if I pay attention to the whining it will tell him that it works for him. Ignoring helps. The ignoring is mostly when he is whining or screaming when he doesn’t get something that he wants.” – Leslie O

I love all the advice from these moms. Raising boys isn’t always easy, but having moms you can fall back on to seek advice is always welcome. Check out some of the ways I have handled whining with my boys.

How to Get Kids To Stop Whining

#1. Talk in a normal tone – Yelling has never helped when my boys whine. Instead, I just talk to them in a normal voice. This seems to be the best approach for us.

#3. Just ignore it – Like many mamas, I just choose to ignore it. Sometimes the whining turns into full-blown crying, but that is okay. Ignoring it helps to keep my sanity.

#4. Record them – My secret trick for getting kids to stop whining is to grab my phone and record them while they are at it.  Not so I can shame them, but so they can see just how silly they are acting. If the whining keeps going, I will start playing it back right away.  It has stopped many whiney tantrums in their tracks because seeing themself throwing a fit makes them realize just how silly it is.
(Just DON’T share that video with anyone online. I get very frustrated when people shame their kids by sharing their worst moments on Facebook. We all have bad moments that we don’t need out there.  This is for private and for them to be able to learn and reflect on what acceptable behavior looks like.)

I have to say my favorite answer was the mom who hides in the bathroom with chocolate. We’ve all wanted to do that at times!! Sometimes our kids take our sanity and that’s the only way we can get it back. However, at the end of the day, we still love them and want the best for them. 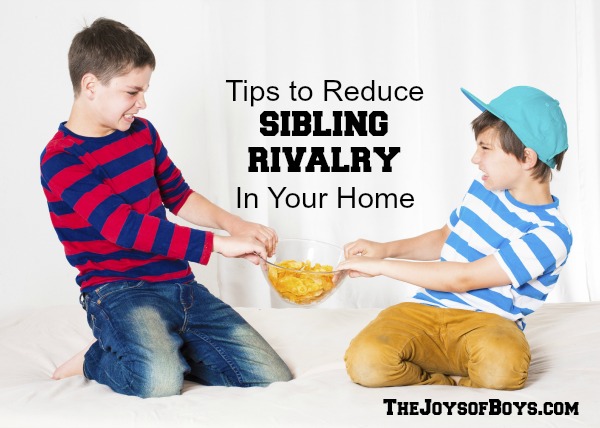 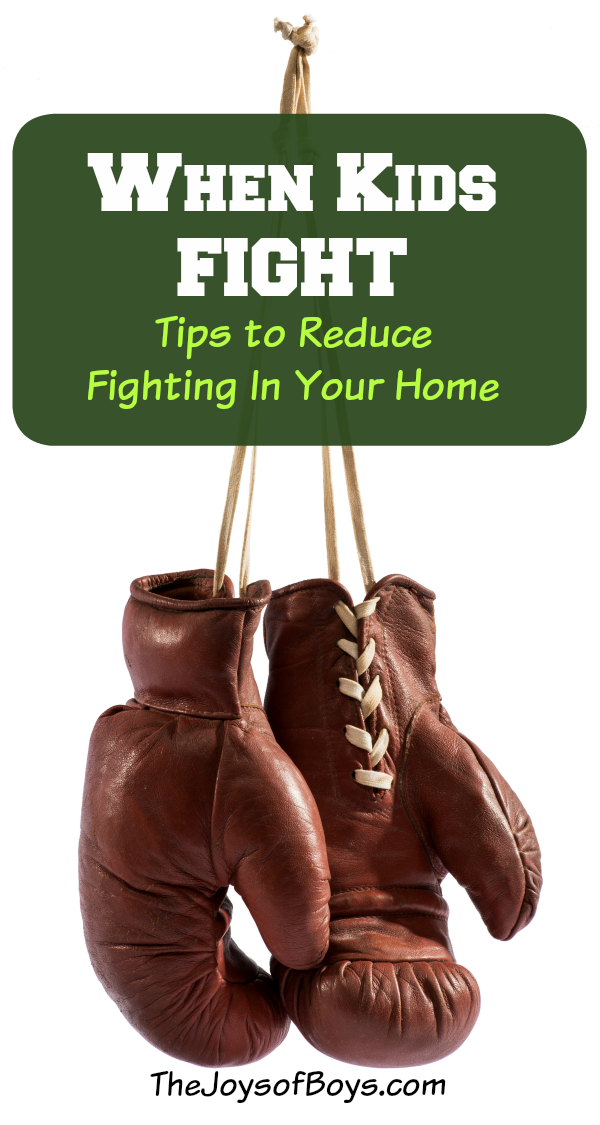 Tips to Deal with Fighting in Your Home