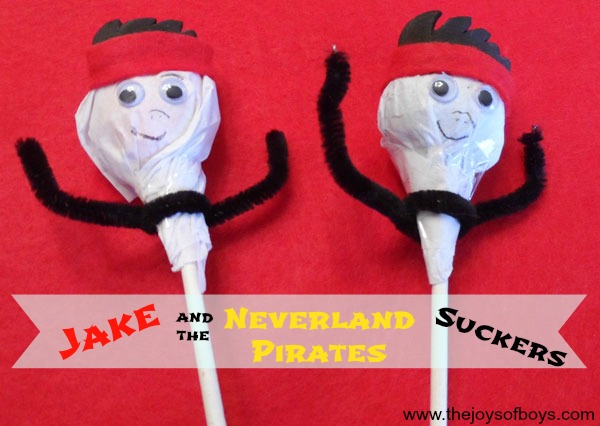 After throwing the Ultimate Sports Party a couple of weeks ago we had another birthday to celebrate.  My now 5-year-old has been wanting a Jake and the Neverland Pirates birthday for a long time.  We mostly celebrated with cousins at the park and then just had a friend over to play on his actual birthday so I made these Jake and the Neverland Pirates Suckers for the two of them.

I had made some of these for Valentine’s Day when he brought Pirate Suckers to his class but this time we stuck just to the Jake and the Neverland Pirates theme.  Also, check out his pirate ship cake that I posted this week.

How to Make Jake and the Neverland Pirates Suckers 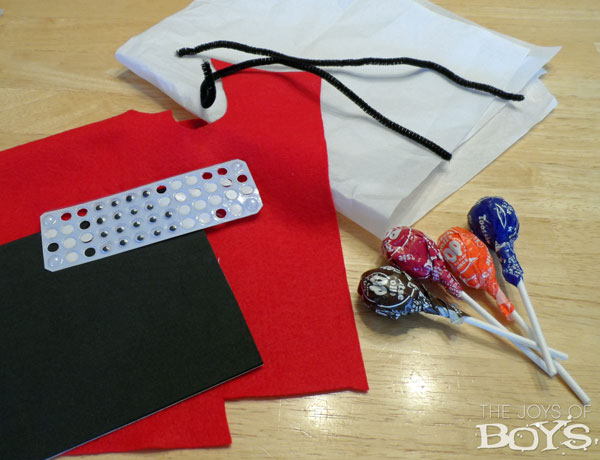 These are actually really easy to make.  Start by cutting a square out of a few layers of the tissue paper (two or three layers works fine) and wrap it around the sucker and secure in the back with some tape. 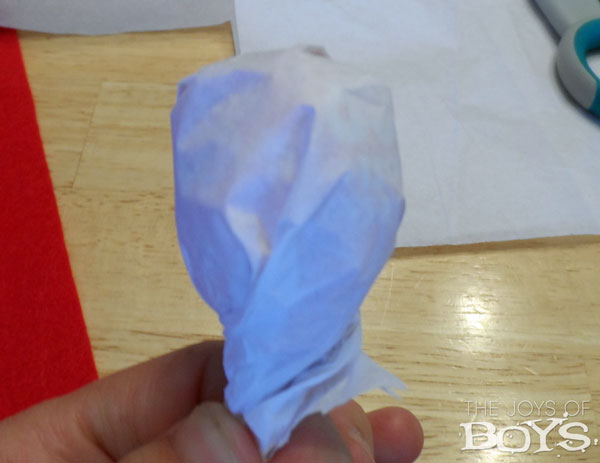 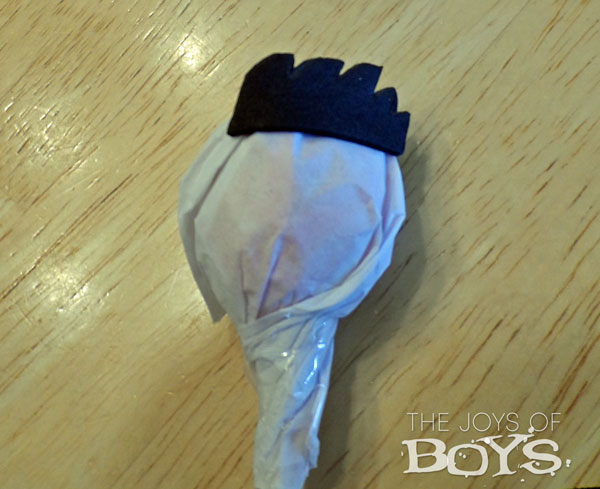 Then I added eyes and drew a nose and a mouth.   I cut a long piece of red felt to make his bandana and he was almost done. 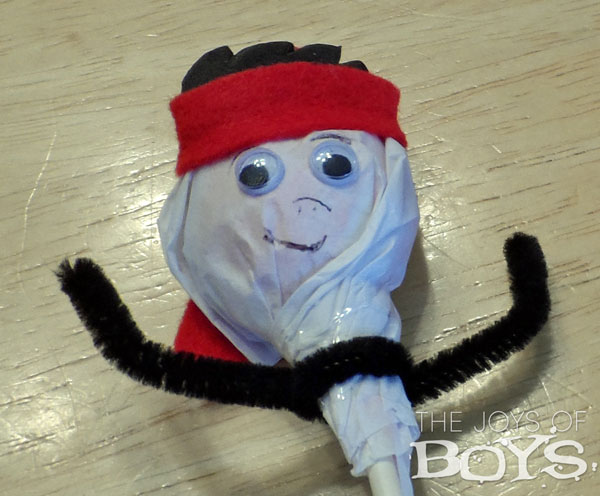 All that was left was his arms which I added by wrapping a piece of pipe cleaner/fuzzy craft stick around the sucker stick and bending it up for the arms.

These were really simple and my little pirate loved them.  He received a Jake and the Neverland Pirates costume and accessory set from my parents for his birthday and he is still wearing his bandana and packing his sword everywhere he goes.