Last week’s Monday Motivation was all about ways to juggle all of the demands of motherhood.  But, today I realized that in thinking of ways to juggle all of my daily tasks, I’ve been leaving out something important.  Today I had a simple reminder that I haven’t been taking the time to stop and smell the roses, or pay attention to the daily activities that might just mean the most to my boys.  I’ve been too busy running around and living my life by my to-do list that I forgot that some of the  most important things normally don’t even make it on the list, but jump out at us when we really might think that we don’t have time for them.   I was getting out of the shower and heard a little voice at the door asking if I was done yet because he had a surprise for me.  I got dressed and went out into my bedroom to find this: 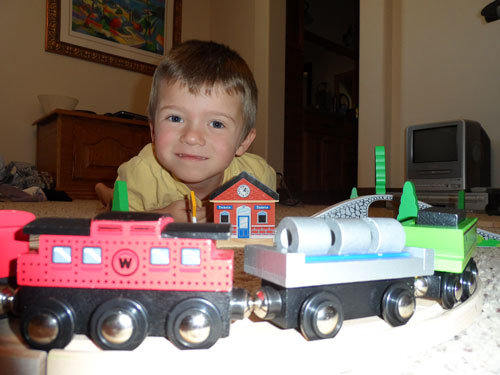 But then there was this little guy, who had waited so patiently while I showered and all he was asking for was a little of my time to play trains with him.  And this quote by Ruth Hamilton came to mind: 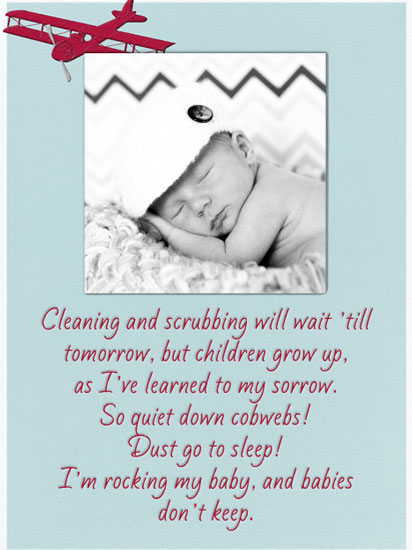 And so I sat, wet hair and all, and played trains until he said he was done and moved onto the next thing.  And at that moment there wasn’t anything else I would have rather been doing. 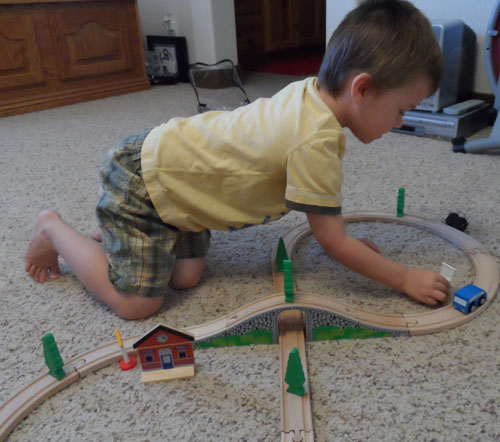