I don’t know anyone who doesn’t love the Muppets and since they were always a favorite of mine growing up, I’m so excited that they are still making Muppets movies for my kids to enjoy. Muppets Most Wanted will be available August 12th at Disney.com and in anticipation of it’s Blu-Ray Combo Pack release we decided to make a Muppets Breakfast of Kermit Pancakes! 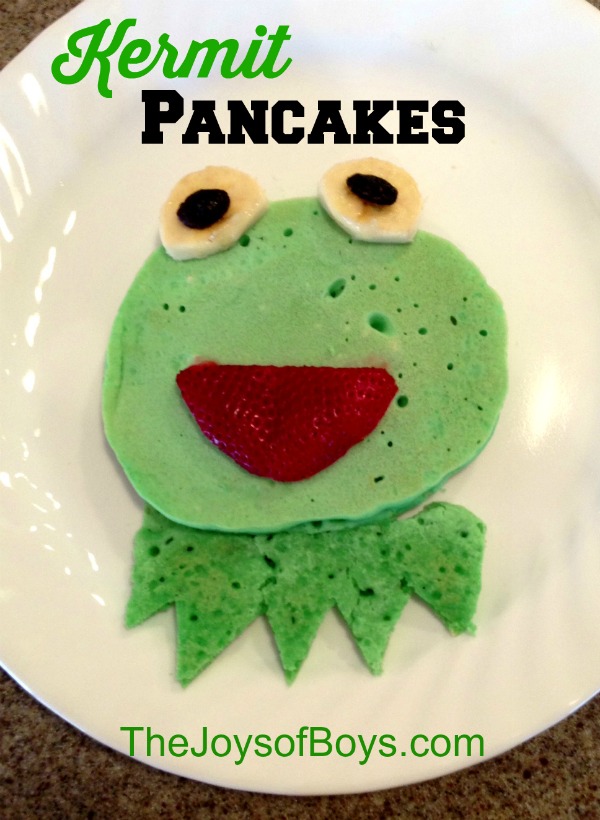 These Kermit Pancakes were a fun and simple Muppets Breakfast.  And breakfast is just more fun to eat when it looks like a frog. 😉 Making these pancakes is simple. First, mix up your favorite pancake batter recipe and add a couple drops of green food coloring.  A little bit goes a long way.

Next, pour the batter in circles onto a warm, but not hot griddle.  I have found that when you are wanting the color to stand out that you need to cook it on a warm heat and not hot or they just turn brown.  It will take longer to cook but it’s worth it. 😉 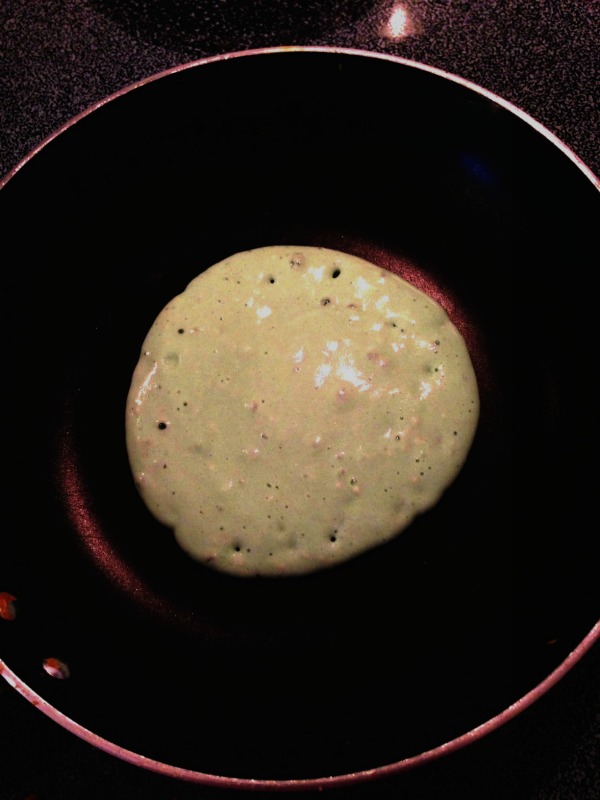 Use a sharp knife to cut one of the pancakes in half and then add zig-zags to look like Kermit’s neck. 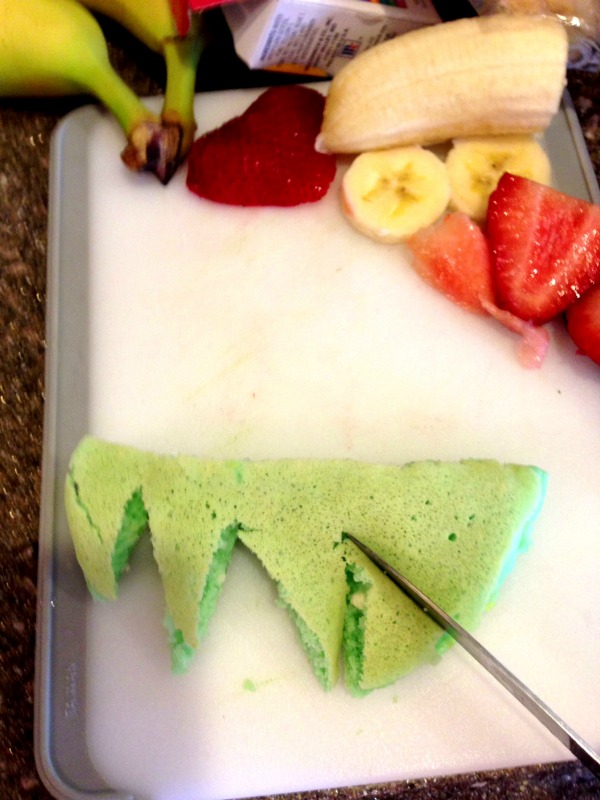 Cut some banana slices for the eyes and I hollowed out a strawberry and smashed it flat for the mouth.  Just cut the strawberry in half and then scoop out as much of the insides as you can. 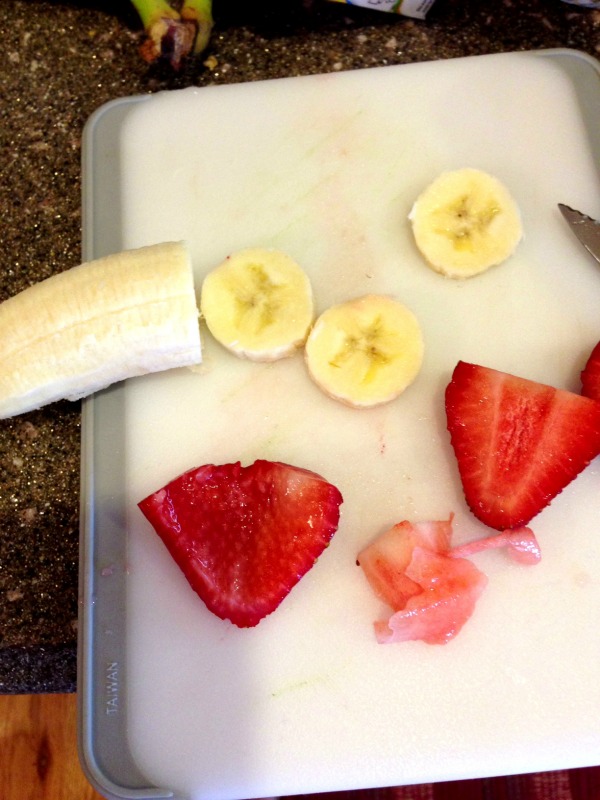 Add the bananas for eyes with raisins for the pupils and the strawberry for the mouth. 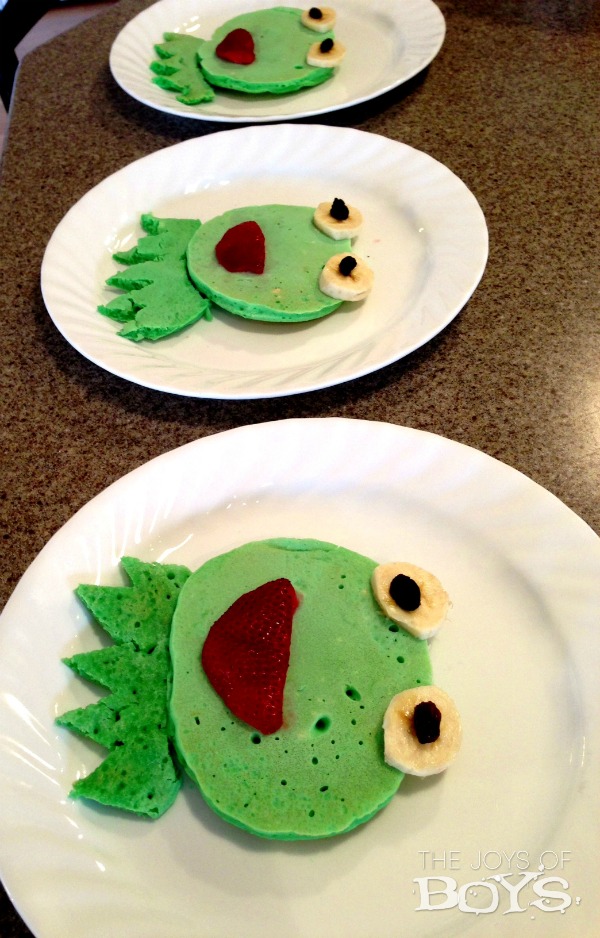 Then you have a fun Muppets Breakfast that will make anyone smile. 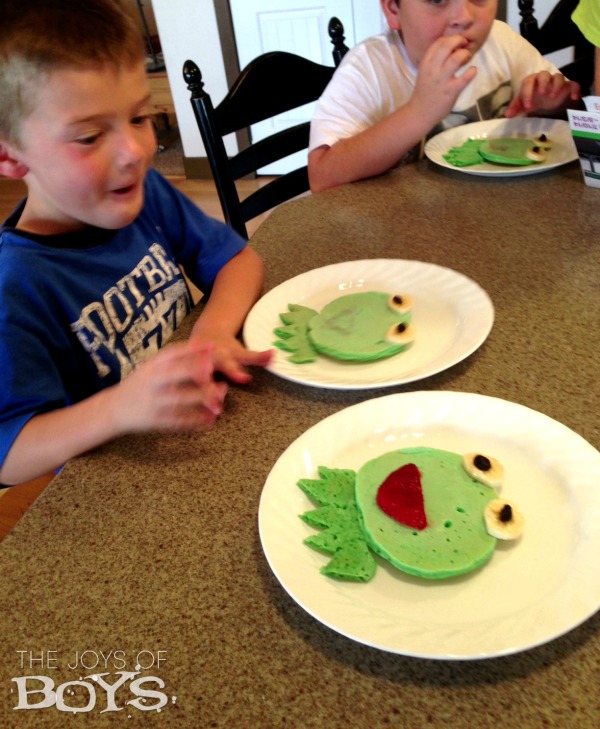 And as I’ve mentioned before on some of our other pancake posts, you will be amazed at how fast your kids will gobble up their fruit.  It is always the first thing to go. We even made a baby Kermit for my baby (who is almost three but will always be called the baby. 😉 ) 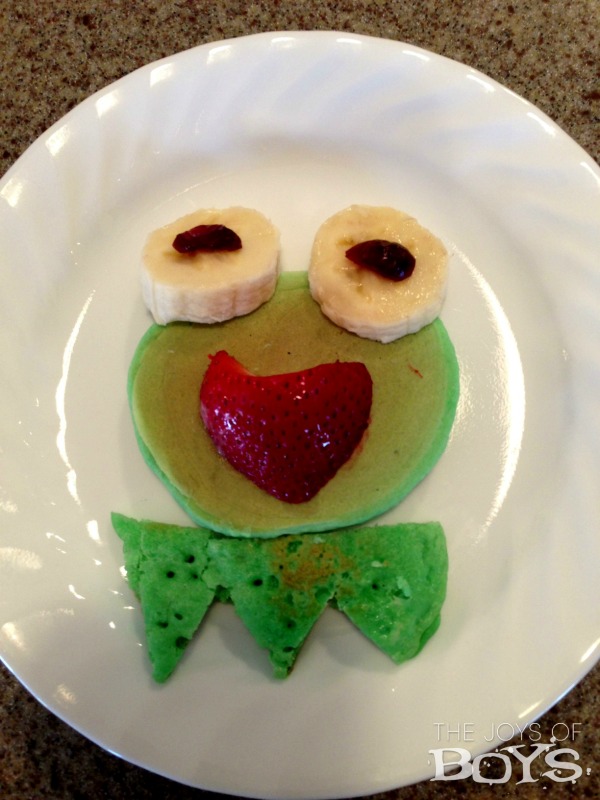 I actually think the baby Kermit is the cutest!  And I think baby liked him quite a bit. 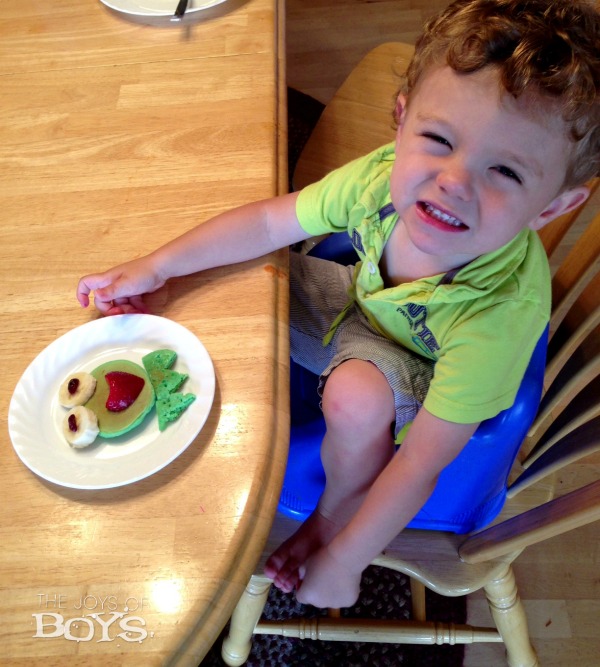 In Muppets Most Wanted the Muppets are once again setting out on an adventure, but this time they are traveling in the world.  Their vacation doesn’t go as planned when the world’s number one criminal Constantine, who happens to look just like Kermit, gets Kermit thrown in jail while he plots the robbery of the century.  Will Kermit escape in time to save the day? 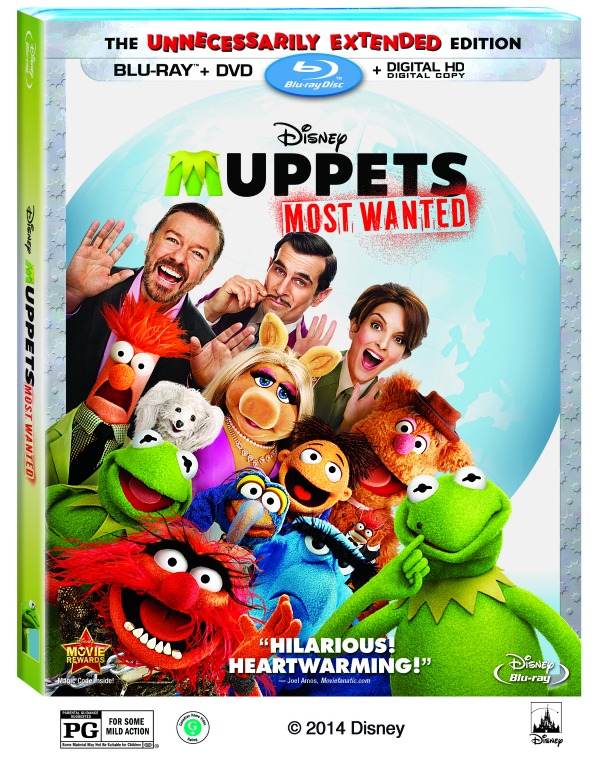 Muppets Most Wanted is available on Blu-ray Combo pack and Digital HD on August 12th at Disney.com.  It is the perfect family film full of music, special  guest cameos and exclusive scenes not seen in theaters. Follow along with all of the Muppets adventures on Facebook, Twitter and Pinterest.