My family received tickets to attend the Ringling Bros. and Barnum and Bailey Circus last night and to say it was The Greatest Show on Earth would be an understatement.  If you are near Las Vegas, this is a night you won’t forget.  Check out our discount code at the bottom of this post to get a great deal on this amazing family night out. 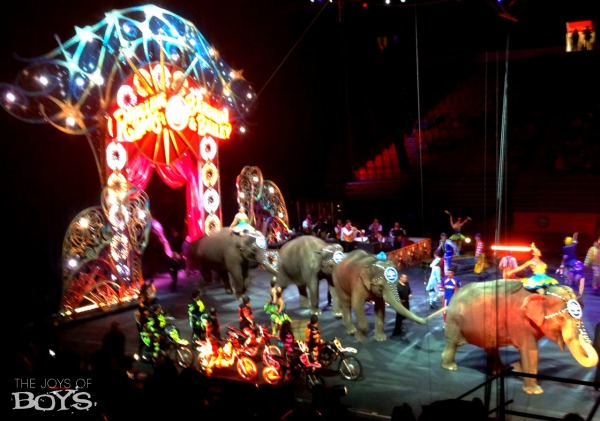 Oh to be a kid again!  I knew my boys would like it but I wasn’t quite sure if the youngest two would be able to sit through the entire thing.  Well…they were glued to the show the entire time and haven’t stopped talking about it since. (Do you see anything funny about this picture?  It’s kind of like Where’s Waldo and I didn’t even realize it until I was editing the photos. If you aren’t sure, check out the floor. 😉 ) 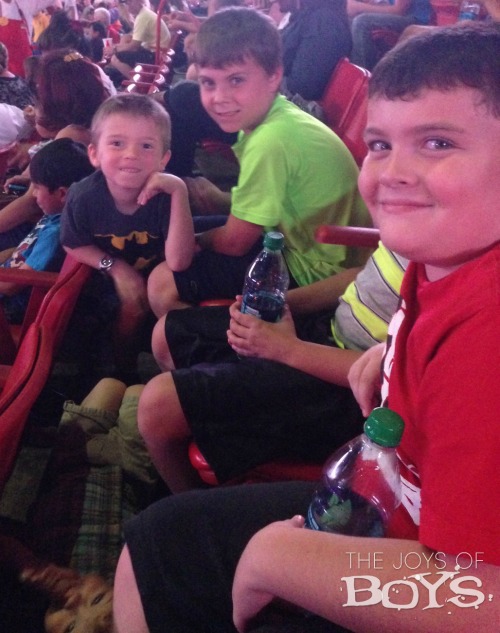 My six-year-old was in a trance the entire time the show was going and my two-year-old was SO excited with every new act that he couldn’t hold still.  You can just see the excitement on his face as the circus was starting! 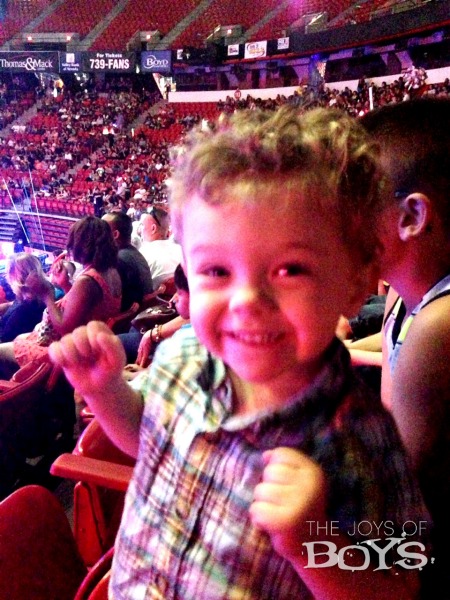 His favorite part of course was the elephants.  He talks about elephants constantly and was so excited to see them come in.  I was amazed at all of the things they could get them to do.  What amazing and smart animals! 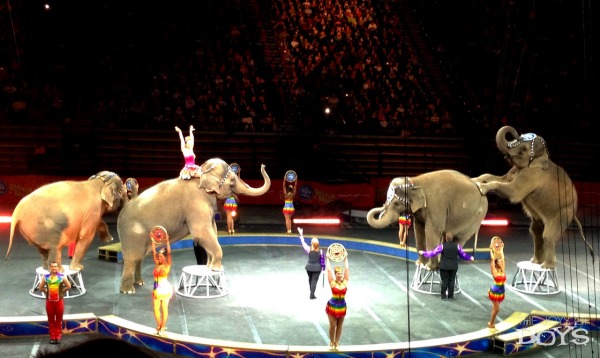 We also loved the tigers and lions but I’ll admit there is not enough money in the world that would get me to step inside a cage with them.  The lion tamer was amazing and really entertaining! 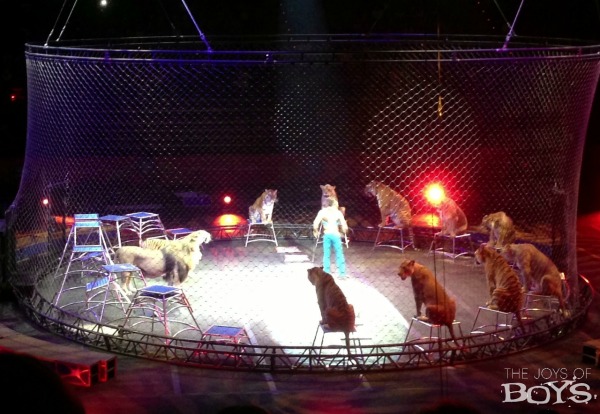 My boys LOVED the motorcycles as well and how they could get 7 motorcycles into one small ball all going up and over and side to side without crashing into each other.  It was incredible!! 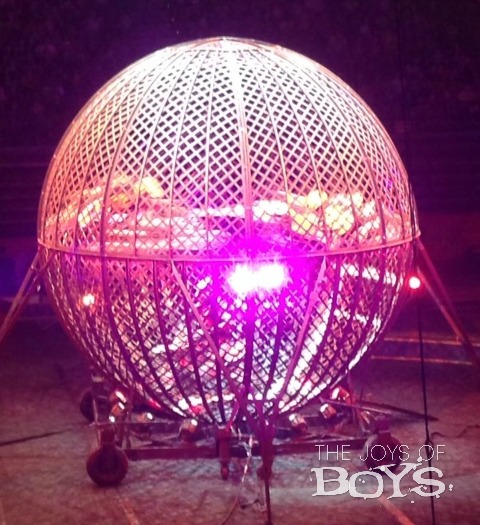 There were clowns, acrobats, dancers, horses, fire, trapeze artists and so much more!  Here is some more information about the show:

Ringling Bros. and Barnum & Bailey is proud to present LEGENDS! Drama, surprise and wonder build the excitement so BIG that it could only be The Greatest Show On Earth.Experience unimaginable family fun as amazing performers from around the globe perform awe-inspiring feats of daring, spectacles of strength and thrills of wonder to summon the mythical and the mysterious visions that have only existed in your imagination and now materialize before your eyes: the Unicorn, Pegasus and a Woolly Mammoth! Join us for an unforgettable family night of legendary proportions at Ringling Bros. and Barnum & Bailey Presents LEGENDS!FREE with ticket an hour before show time is the interactive All Access Pre-show. Families can become part of the circus on the arena floor such as learning juggling and balancing skills, meeting performers and the famous Ringling Bros. Clowns, whose side-splitting spoofs, absurd antics and comical parody are guaranteed to keep audiences roaring with laughter before the show even starts! Families will also be amazed as they watch up close one of Ringling Bros. majestic Asian elephant’s paint a one-of-a-kind masterpiece, which is given to one lucky audience member. New this year to Ringling Bros. is the exclusive RINGMASTER’S ZONE! This once-in-a-lifetime family experience will grant exclusive access to a behind-the-scenes look at The Greatest Show On Earth! During this rare opportunity, families will be treated like a circus star, gain access to behind the scenes, meet the most revered circus stars in The Greatest Show On Earth, like the Ringmaster! Plus, get a special family photo on the Ringling Red Carpet with a circus star to commemorate this unforgettable experience!

And you can’t fully enjoy the circus without a big lollypop! 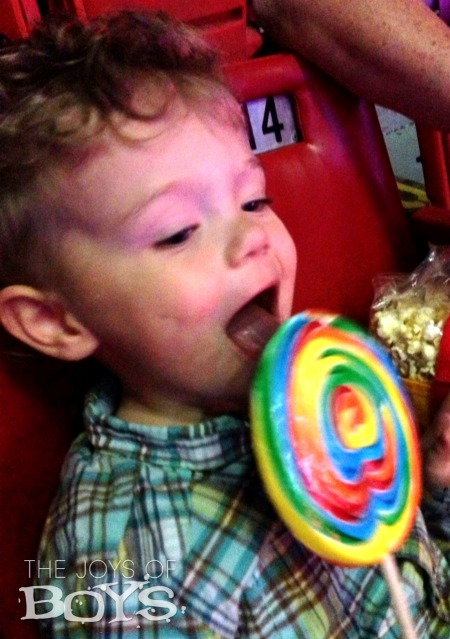 Thank you to Feld Entertainment and US Family guide for providing us tickets to enjoy this show as a family.  It truly was a magical night for all of us and one we won’t forget for years to come.  The Ringling Bros. and Barnum & Bailey circus will be in Las Vegas from June 19-22nd and tickets are available at UNLVtickets.com.  Make sure to use code MOM6 for $6 off and enjoy The Greatest Show on Earth.