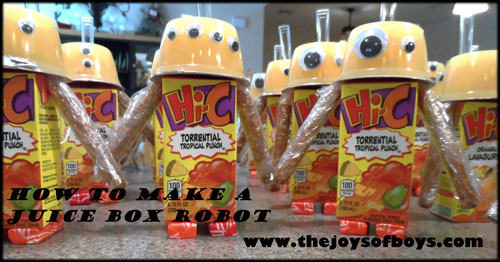 My 2nd son has always been a little bit obsessed with robots.  From the moment he could talk he made up a “robot” song and dance and we heard it non-stop for about a year.  It was pretty much the cutest thing ever.  Then he taught himself to beat-box to go along with the robot song and he entertained everyone he could find.  Sometimes I wish for those days again.  So naturally when he had his 6th birthday and had the chance to bring snacks to his kindergarten class we had to look for something along the lines of robots.  This juice box robot was the perfect snack!

How to Make a Juice Box Robot

Perfect for a Robot Party

This is all you need: 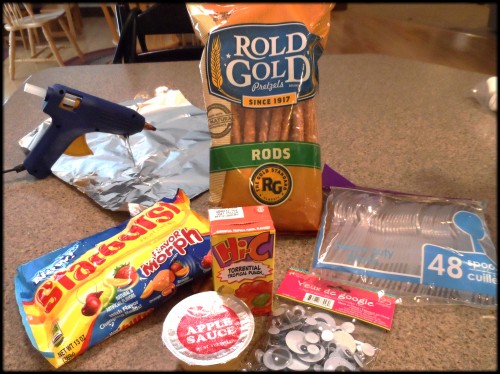 Juice boxes for the bodies

Starburst or other square candy for feet (I’ve even seen them made with small raisin boxes for feet.)

Spoon to attach to the back for antennae.

And of course a glue gun to put them all together. 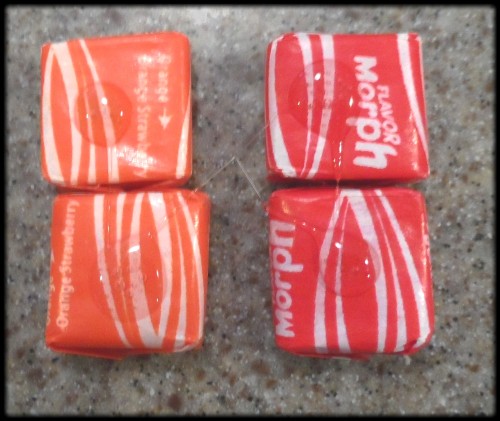 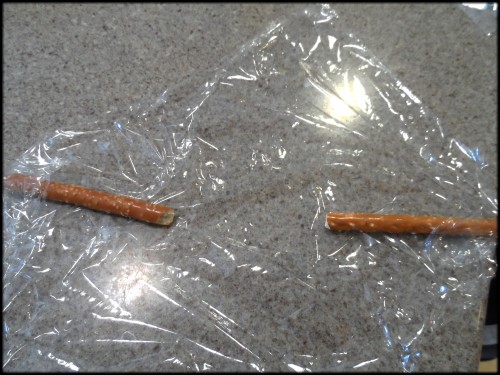 Break one stick pretzel in two pieces and using a square piece of plastic wrap, cover the ends of pretzels and then roll them in plastic wrap. 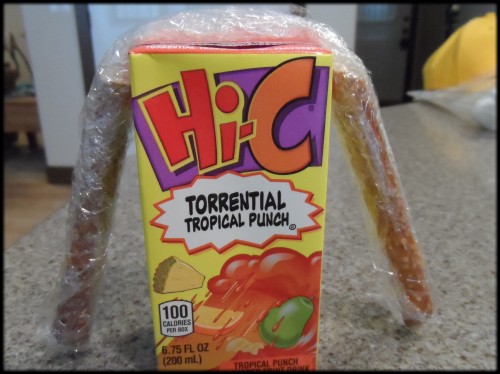 Use a piece of scotch tape to attach pretzel arms to juice box and then put a dab of hot glue on the tape to attach the applesauce head.  Add some google eyes and tape a spoon to the back and, Voila, we have ourselves a fun robot snack. 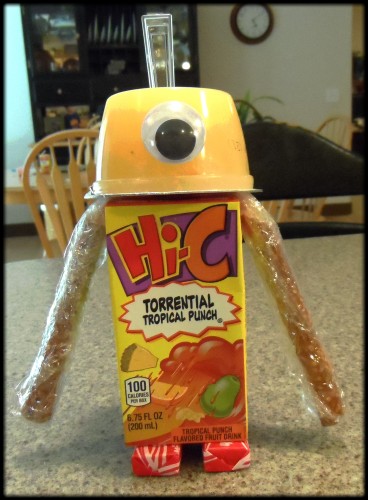 Now if I could only get them to do housework! 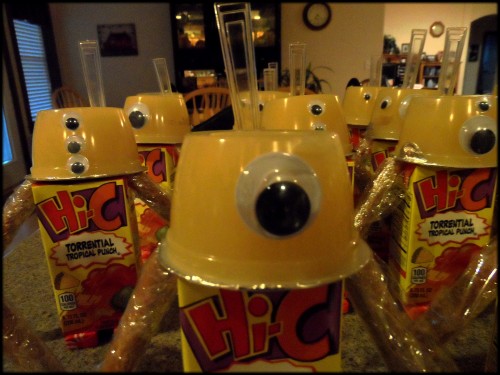 These were a complete hit at Kindergarten except I heard the kids had more fun playing with them than eating them. 😉

What fun snack ideas have you made for your kids?

My sons other obsession this year was Angry Birds and you can  read all about his Angry Birds birthday party here: