I’ve decided that I don’t know how single moms do it!  My hat goes off to you.  This summer I spent 5 weeks as a partial single parent and part of that time I ventured out and took my kids to swim lessons.  Three kids (not to mention the baby in the stroller), three different levels, meaning we had to be there at 3 different times!  It. was. exhausting.  The first day was meltdown free so I was feeling pretty good about things.  Days 2-5 not so much!  In fact there were moments where I almost packed up our stuff and called it quits.  The last day of class the teacher has them go under the water and open their eyes and smile for a picture.  I’ll let you guess which one didn’t like swim lessons so much. 😉  This will be a fun little game.  Ready: 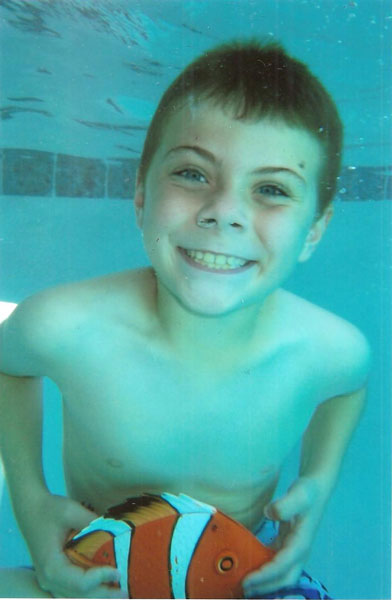 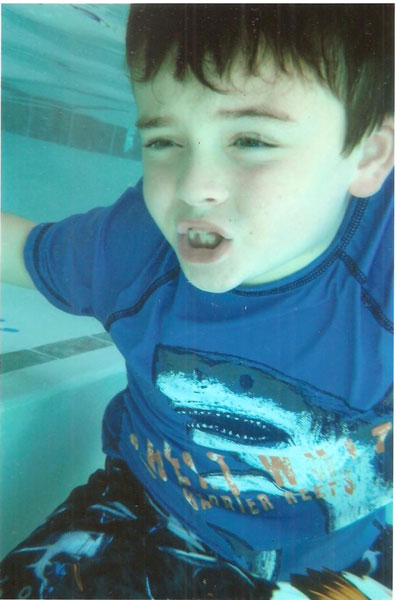 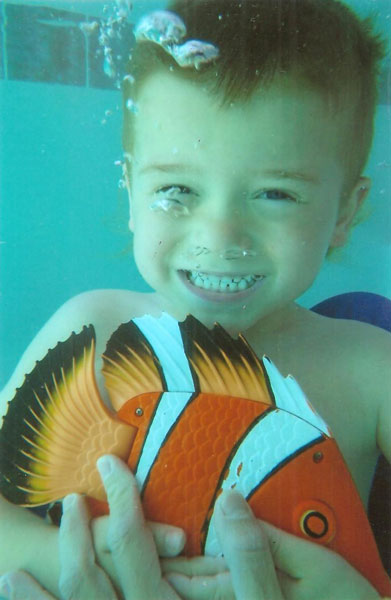 If you guessed fish #2 then you are a winner!  (I don’t have anything to give you but give yourself a pat on the back. 😉 )  Poor guy tried really hard but just didn’t like jumping in from the side, going down the slide or going off the diving board.  He actually did better than I thought going under the water since he has never liked it in his face.  I told him that he looks like he was making the same face as the scary shark on his shirt which made him feel better after seeing his brother’s pictures.

To celebrate surviving the week, we went and had shaved ice (yum!) and I made a “fishy” lunch of “crabwiches”, fish sticks and blue jello with swedish fish. 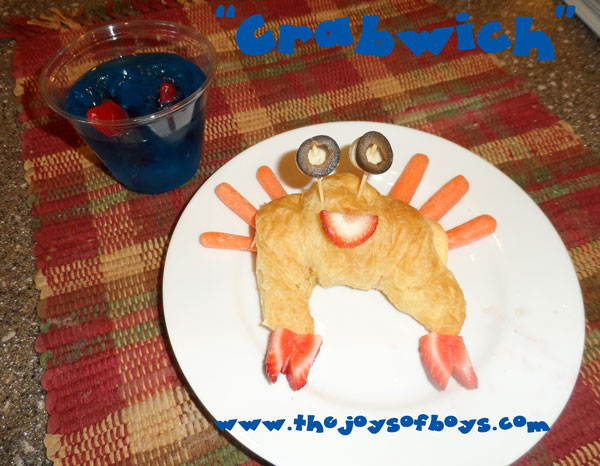 for the cute “crabwich” idea!)  I changed it a little bit.  I used cut up strawberries for the claws and smile,  cubed string cheese and sliced olives for the eyes and baby carrots for the legs.

It’s a good thing I have a few  months to recoup before our next round of swim lessons.  I think next time I’ll make sure my hubby is in town.