Do your boys love books on tape?  Today I am sharing the Best Books on Tape for Boys, according to boys. 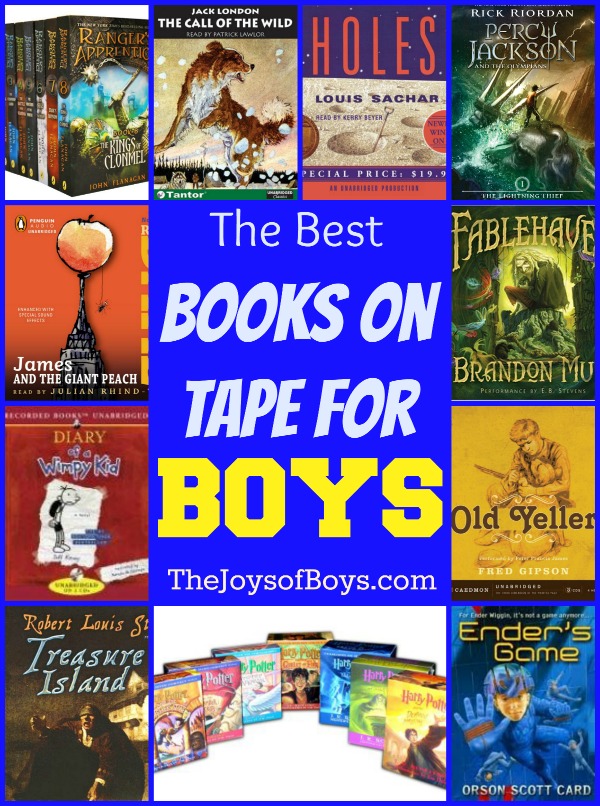 Books on Tape for Boys

This week on Summer Survival for Moms of Boys we are sharing ideas on traveling with boys.  We live in a really small town so we spend a great deal of time in the car so I thought I would ask my boys and their friends which books on tape are the best to listen to.  Based on their answers I’ve come up with a list of the Best Books on Tape for Boys.

Books on Tape for Boys

If your boys haven’t discovered the Harry Potter

series yet, they will soon.  Once my older boys started reading them, they haven’t put them down.  We have been traveling for the 4th of July and this was our go-to entertainment while in the car.  The narrators are amazing and really pull you into the series.  This is a series that your whole family can enjoy but it might be a little scary for younger kids.

Harry Potter has no idea how famous he is. That’s because he’s being raised by his miserable aunt and uncle who are terrified Harry will learn that he’s really a wizard, just as his parents were. But everything changes when Harry is summoned to attend an infamous school for wizards, and he begins to discover some clues about his illustrious birthright. From the surprising way he is greeted by a lovable giant, to the unique curriculum and colorful faculty at his unusual school, Harry finds himself drawn deep inside a mystical world he never knew existed and closer to his own noble destiny. 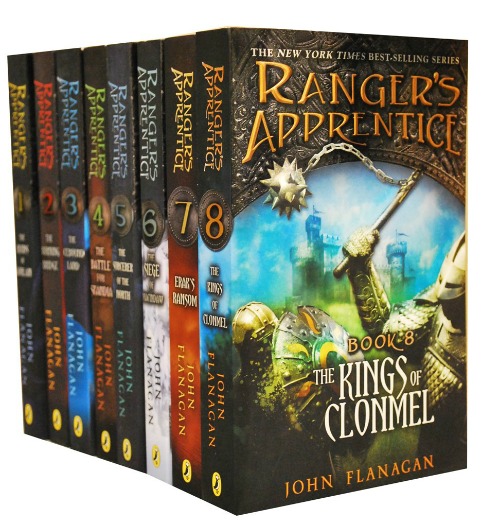 They have always scared him in the past—the Rangers, with their dark cloaksand shadowy ways. The villagers believe the Rangers practice magic that makes them invisible to ordinary people. And now 15-year-old Will, always small for his age, has been chosen as a Ranger’s apprentice. What he doesn’t yet realize is that the Rangers are the protectors of the kingdom. Highly trained in the skills of battle and surveillance, they fight the battles before the battles reach the people. And as Will is about to learn, there is a large battle brewing. The exiled Morgarath, Lord of the Mountains of Rain and Night, is gathering his forces for an attack on the kingdom. This time, he will not be denied. . . .

3-Percy Jackson and the Olympians 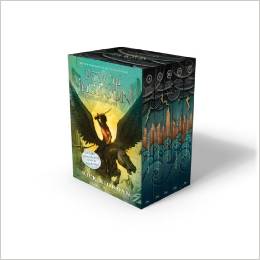 Percy Jackson and the Olympians

is a favorite of my oldest boys.  They have read the books and seen all of the movies and so naturally the books on tape would be a great addition to our library.

After getting expelled from yet another school for yet another clash with mythological monsters only he can see, twelve-year-old Percy Jackson is taken to Camp Half-Blood, where he finally learns the truth about his unique abilities: He is a demigod, half human, half immortal. Even more stunning: His father is the Greek god Poseidon, ruler of the sea, making Percy one of the most powerful demigods alive. There’s little time to process this news. All too soon, a cryptic prophecy from the Oracle sends Percy on his first quest, a mission to the Underworld to prevent a war among the gods of Olympus. 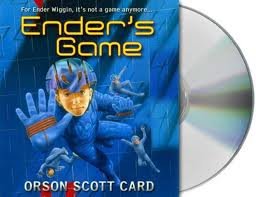 is a book about a a child genius who is forced into training to help save the planet from alien invasions.  What boy wouldn’t want to read a book like that?

In order to develop a secure defense against a hostile alien race’s next attack, government agencies breed child geniuses and train them as soldiers. A brilliant young boy, Andrew “Ender” Wiggin lives with his kind but distant parents, his sadistic brother Peter, and the person he loves more than anyone else, his sister Valentine. Peter and Valentine were candidates for the soldier-training program but didn’t make the cut–young Ender is the Wiggin drafted to the orbiting Battle School for rigorous military training. 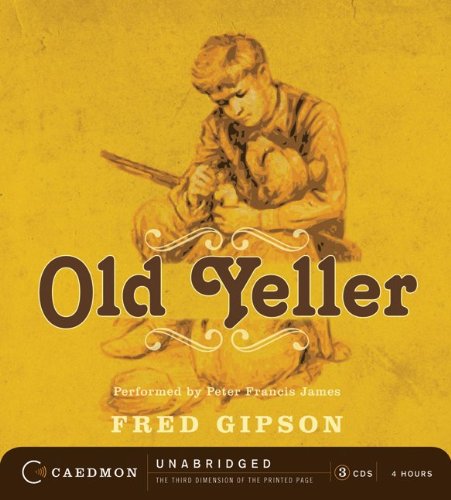 is a classic book about a boy and his dog.  I think it was the first book that I remember crying during when I was a kid.

The stray dog was ugly, and a thieving rascal, too. But he sure was clever, and a smart dog could be a big help on the wild Texas frontier, especially with Papa away on a long cattle drive up to Abilene.

Strong and courageous, Old Yeller proved that he could protect Travis’s family from any sort of danger. But can Travis do the same for Old Yeller?

6-James and the Giant Peach 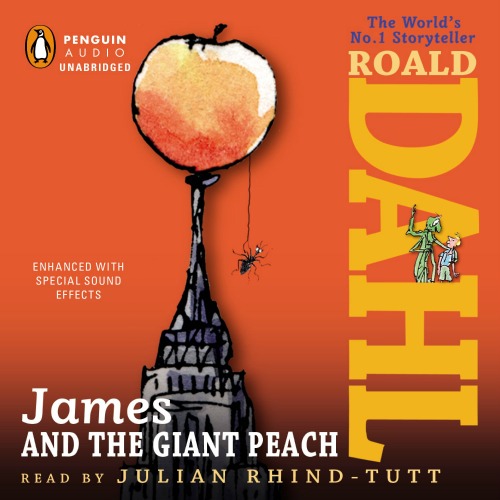 James and the Giant Peach

is another classic book that shows that a little magic can take you a long way.

After James Henry Trotter’s parents are tragically eaten by a rhinoceros, he goes to live with his two horrible aunts, Spiker and Sponge. Life there is no fun, until James accidentally drops some magic crystals by the old peach tree and strange things start to happen. The peach at the top of the tree begins to grow, and before long it’s as big as a house. Inside, James meets a bunch of oversized friends—Grasshopper, Centipede, Ladybug, and more. With a snip of the stem, the peach starts rolling away, and the great adventure begins!

7-Diary of a Wimpy Kid 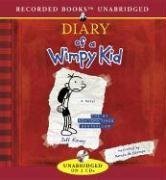 series.  My boys find it hilarious . This series is narrated by an unforgettable kid that all families can relate to.

It’s a new school year, and Greg Heffley finds himself thrust into middle school, where undersized weaklings share the hallways with kids who are taller, meaner, and already shaving. The hazards of growing up before you’re ready are uniquely revealed through words and drawings as Greg records them in his diary. 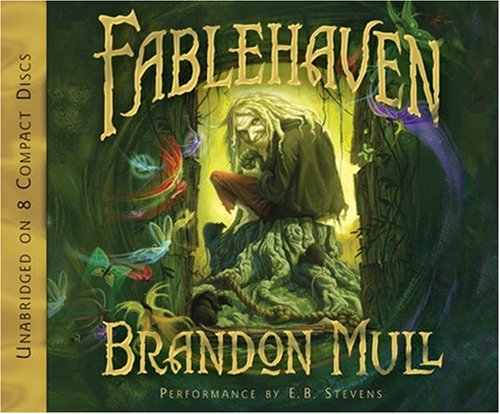 If your boys love books like Harry Potter, they will love Fablehaven

Kendra and her brother, Seth, have no idea that their grandfather is the current caretaker of Fablehaven. Inside the gated woods, ancient laws keep relative order among the greedy trolls, mischievous satyrs, plotting witches, spiteful imps, and jealous fairies. But when the rules get broken, powerful forces are unleashed, and Kendra and her brother face the greatest challenge of their lives. To save their family, Fablehaven, and maybe even the world, Kendra and Seth must find the courage to do what they fear most…

9-The Call of the Wild 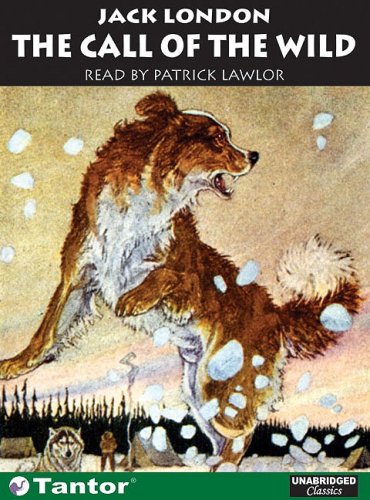 The Call of the Wild

is a classic book about a dog and life around the time of the Gold Rush.

Buck lives a content life. Half St. Bernard, half Shepard, he is top dog on a California ranch. But the Gold Rush in the Klondike has produced an enormous demand for sled dogs so, when a Gardner at the ranch needs to pay a gambling debt, stealing and selling Buck is a quick way to do it.
Having never been mistreated, Buck soon learns that man can be the cruelest animal. He is whipped, beaten and caged, but never broken. Confronted by the law of survival, Buck learns to fight, steal and pull a sled. He takes pride in his new strength and ferocity. Buck manages to escape this life of abuse and learns to love a new master more than his own life. He gradually discovers the skills of his forbears and finds his home in the primordial forest – eventually Buck cannot resist the call of the wild. 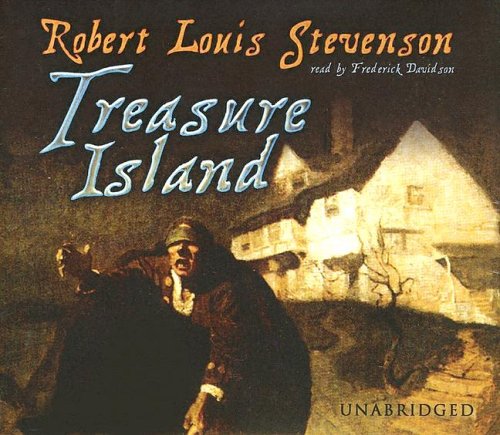 ?  Treasure Island is a classic that the entire family will love listening to.  I have read this book to my boys several times and it is definitely a classic.  You can even get the abridged copy for younger readers.

Perhaps Stevenson’s best-known work, this adventure novel set in the eighteenth century is inspired by the actual exploits of pirate Captain Kidd and the search for his buried treasure. For pure imaginative delight, Treasure Island is unsurpassed. From the moment young Jim Hawkins meets the blind pirate Pew at the Admiral Benbow Inn to the spirited battle for hidden treasure on a tropical island, the novel spawns unforgettable scenes and characters that have thrilled young and old for more than a century. 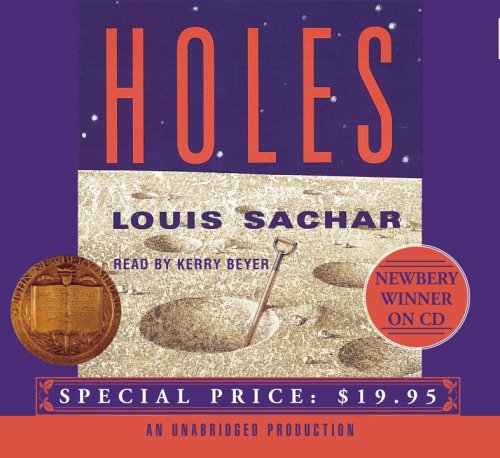 is another book that your entire family will enjoy.  Once you have read the book, make sure to watch the movie as a family.  We love it!

This winner of the Newbery Medal and the National Book Award features Stanley Yelnats, a kid who is under a curse. A curse that began with his no-good-dirty-rotten-pig-stealing-great-great-grandfather and has since followed generations of Yelnats. Now Stanley has been unjustly sent to a boys’ detention center, Camp Green Lake, where the warden makes the boys “build character” by spending all day, every day, digging holes five feet wide and five feet deep. It doesn’t take long for Stanley to realize there’s more than character improvement going on at Camp Green Lake: the warden is looking for something. Stanley tries to dig up the truth in this inventive and darkly humorous tale of crime and punishment—and redemption.

This is the first post of our Summer Survival for Moms of Boys week of ideas for Traveling with boys.  Be sure to check out all of the other posts in our series and follow along on Pinterest where a new pin will be added each day throughout the remainder of the summer.

Follow The Joys of Boys’s board Summer Survival for Moms of Boys on Pinterest.
[inlinkz_linkup id=409629 mode=1]