Will it float or sink?  My boys had so much fun gathering and testing different objects to see if they would sink or float when placed in water.  Their guesses were not always accurate. 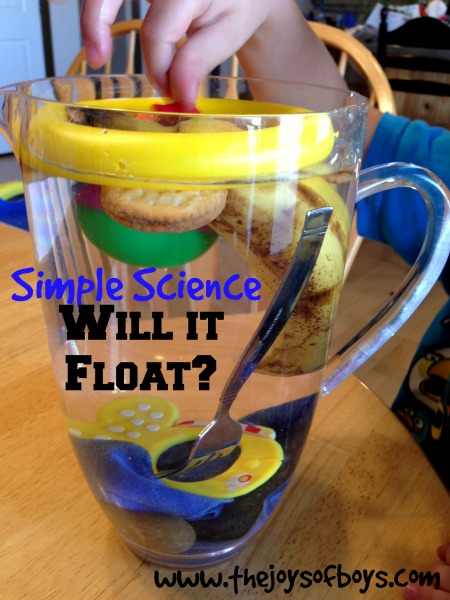 Simple Science: Will it Float? 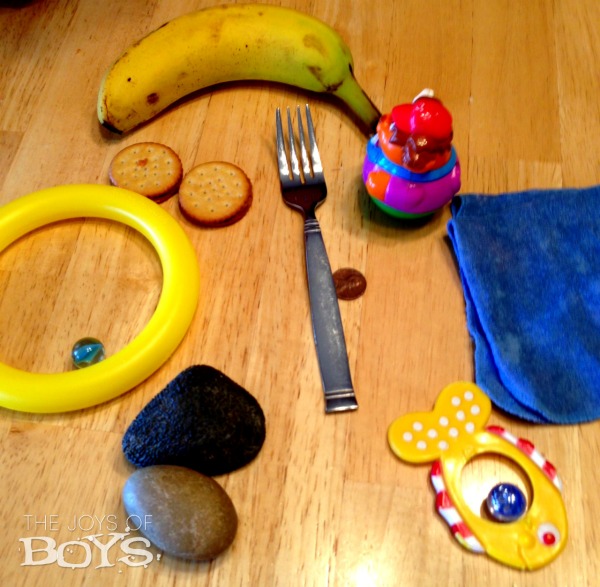 Some of the items they gathered included a banana, penny, toy ring, fork, washcloth, rocks, marbles, bath toy, crackers and a Weeble.   We made predictions as to what would happen, filled a pitcher full of water and let the boys drop them in one by one to see if they would float or sink. 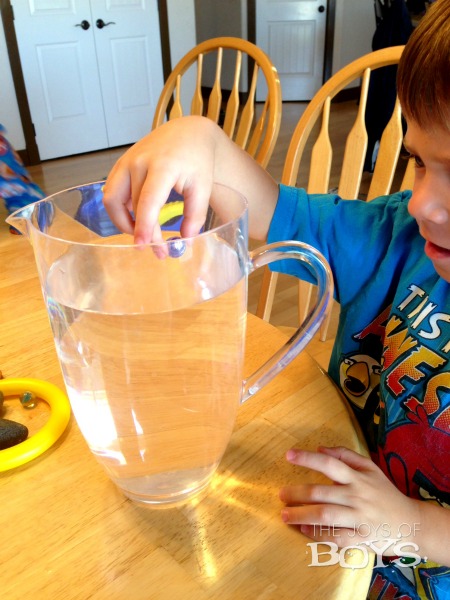 We started with a marble and added one thing after another until our entire pitcher was full of our test objects.  We found that our predictions were not always accurate.

My boys had a great time filling up our pitcher with the different items and seeing if our prediction was right. 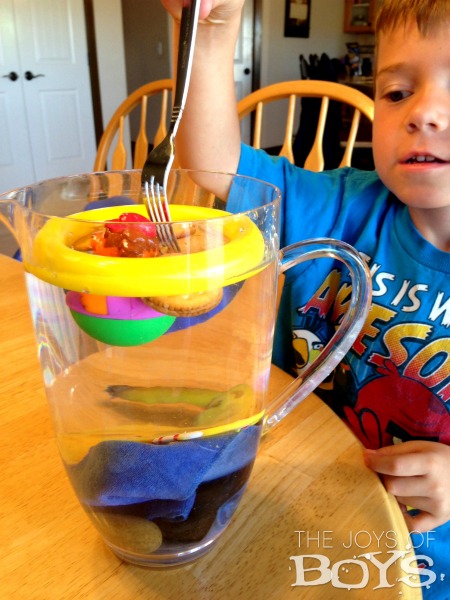 I asked my 5-year-old to describe why he thought some things float and some things sink.  His answer was, “Some stuff is really heavy and some has air in it so it can float.”  We talked just a little bit about density and how an object that is more dense than the water will sink and one that is more dense will float.  We also noticed that the washcloth floated on the top for just a few seconds before it soaked in the water and then it sunk.

I’ve put together a simple prediction chart that you can use when doing this experiment with your kids.   You can get it here: Will it float-Prediction Chart

What types of objects will you try?

And now for this week’s Saturday Science Blog Hop!

Each week I team up with some fellow bloggers to bring you some more simple science ideas.

Check out these blogs and then if you have a science project to share, link them up to the linky.

A Fun Density Science Experiment from The Usual Mayhem