You know that Santa is a pretty smart fella!  He knew that if he brought my boys the LEGO sets

they were wanting then they would need a Lego table to build them on so little brother couldn’t get them.  We love our smaller LEGO table, but this one makes it so everyone can play together. 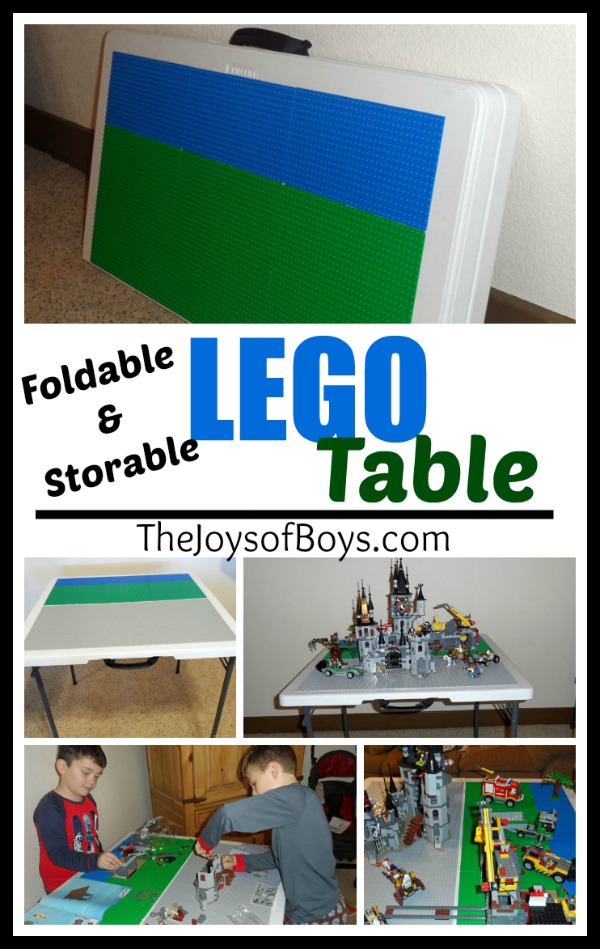 How to Build a LEGO Table

But, knowing that we don’t have the room for a permanent Lego table, he brought us one that not only folds flat, but folds in half as well.  That Santa is a smarty pants indeed.  After inspecting the table I thought I would try and let you know how he built it. 😉

Santa used a Lifetime 34-inch square fold in half table.   (Getting the right table is important for this project.) The great thing about this table is not only that it can be stored easily when the kids are not using it, but it is also very durable like other Lifetime tables. 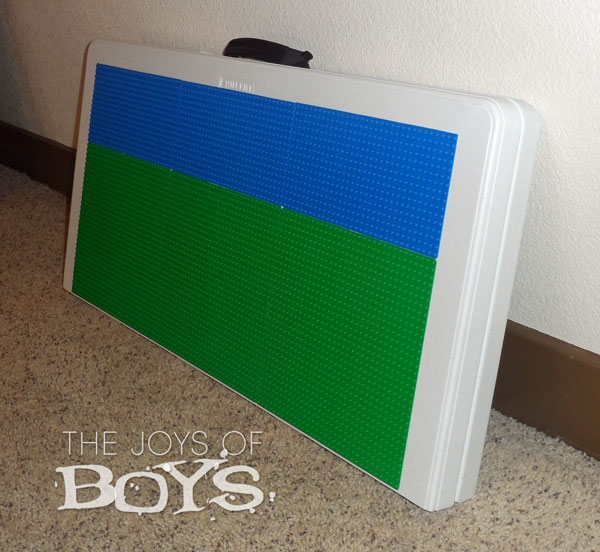 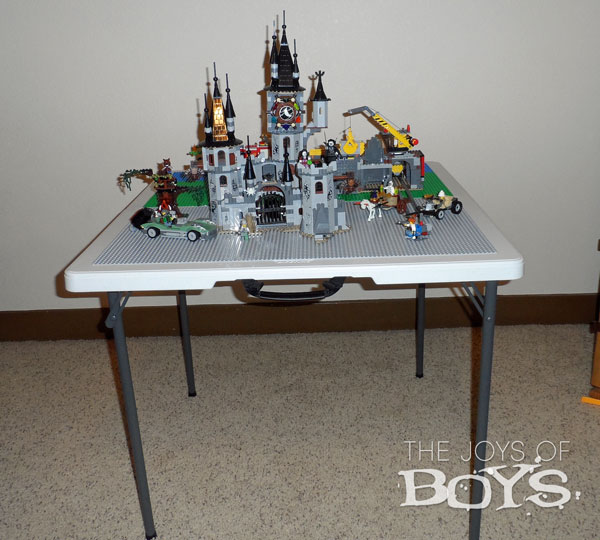 that can be found at Amazon.com.  Two of these were perfect for this table because all of the pieces were used except one green plate and one and a half blue plates, which are great to have on hand anyway and it is less expensive to buy them as a set.

and glued three of them up next to the green base plates, leaving approximately 3 inches around the entire outside of the table.   Then you can use extra Lego pieces to make sure the pieces were spaced correctly after being glued down, but before the glue dried, so that you can build across the entire table if they wanted, which has definitely come in handy.  That Santa sure knows a thing or two about making toys! 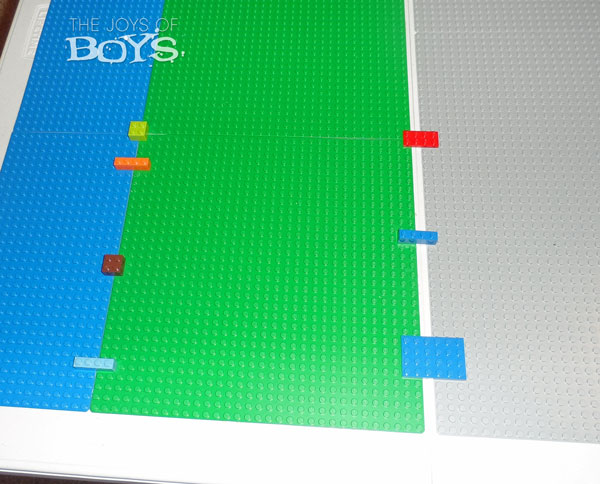 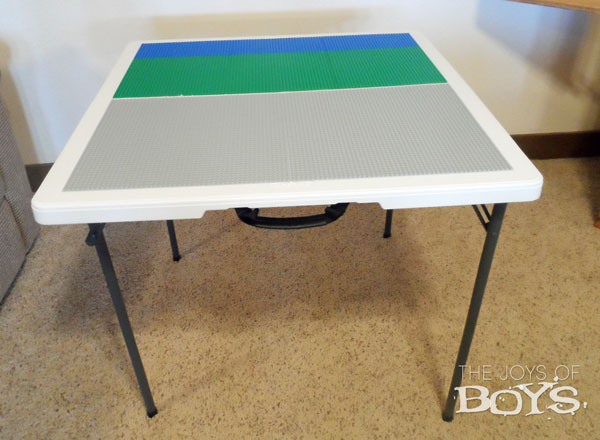 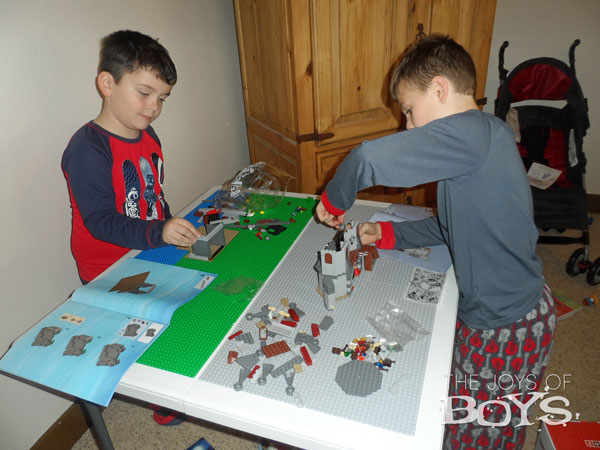 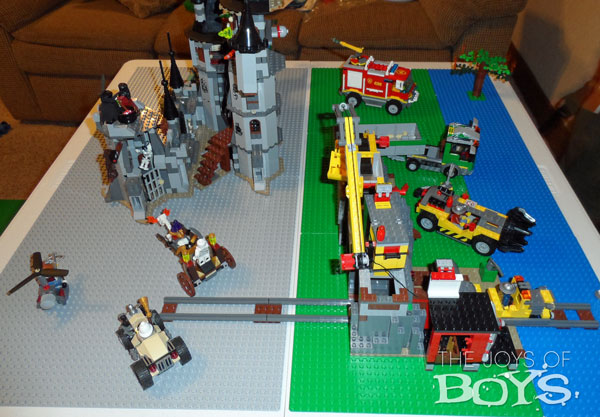 and the LEGO City Gold Mine 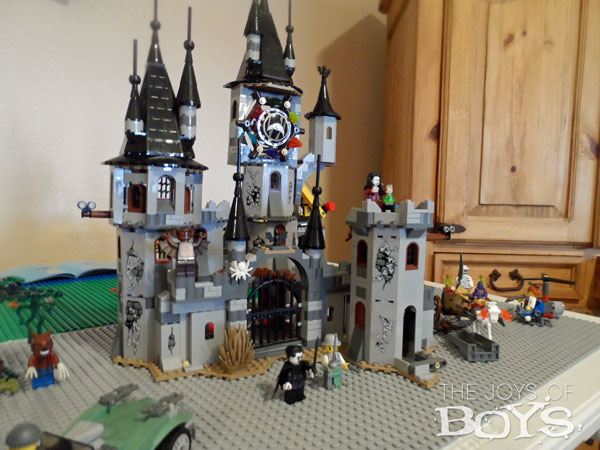 Order the supplies needed to make your own LEGO table today:

And of course you may be thinking, “Okay, that is cool and all but I don’t have the time or the desire to make one.”  🙂 Well, in that case, yes, you can just buy a LEGO table already made.  I’ve found some great ones at Amazon

Of course we love everything LEGO related.  If you have little boys and you haven’t been to Legoland I’ve put together 10 reasons to take a Legoland vacation (not that you’ll need any convincing) and 10 tips for planning the ultimate Legoland vacation.

We also love our smaller DIY LEGO table!  Perfect for my little guys to put their creations on when they play on the floor. 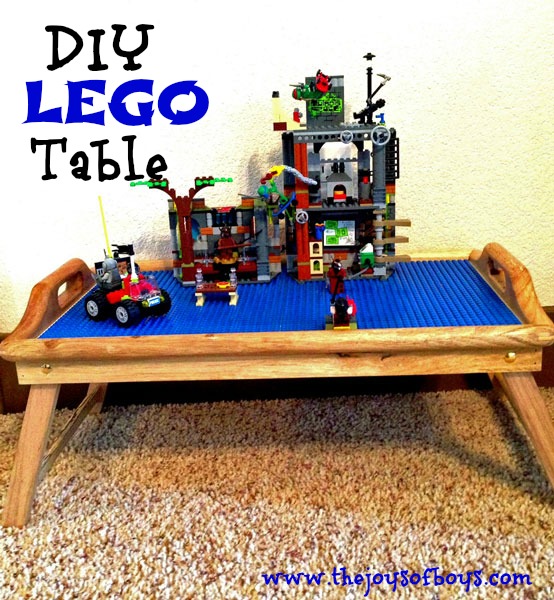 And check out these DIY LEGO tables from our friends around the web: 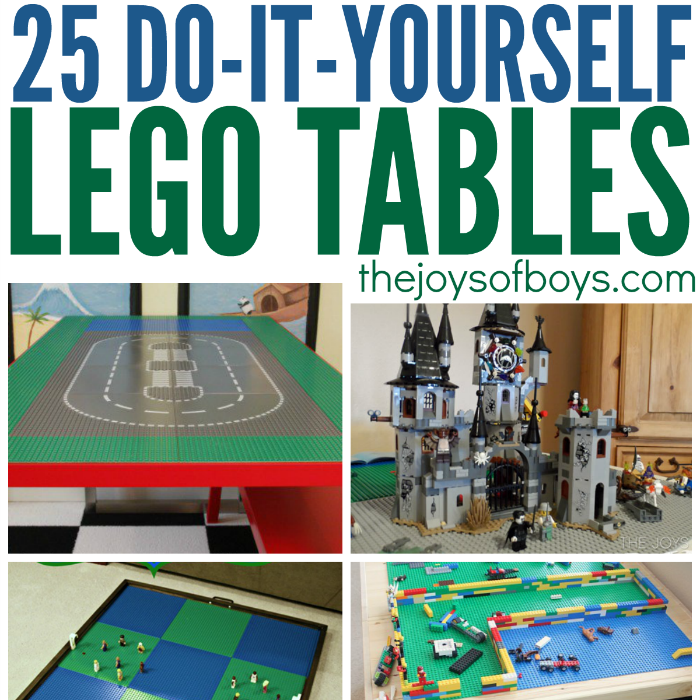 You May Also Love: