A Superhero Party for Kids doesn’t have to be stressful.  These Superhero party ideas will make it so simple for you. 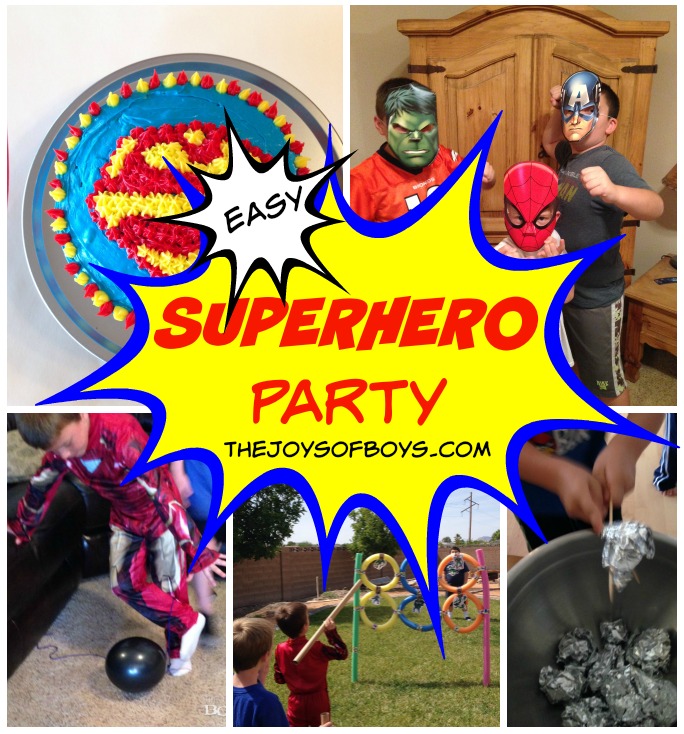 My son asked for a Superhero party for his 7th birthday and we had a lot of fun coming up with some simple games.  It was hot out, so we had to plan birthday party games that we could play inside.

As our guests arrived I had a Superhero Word Search out on the table for the kids to work on while we waited for the rest of the kids to arrive.  They had a lot of fun helping each other find different superheroes. 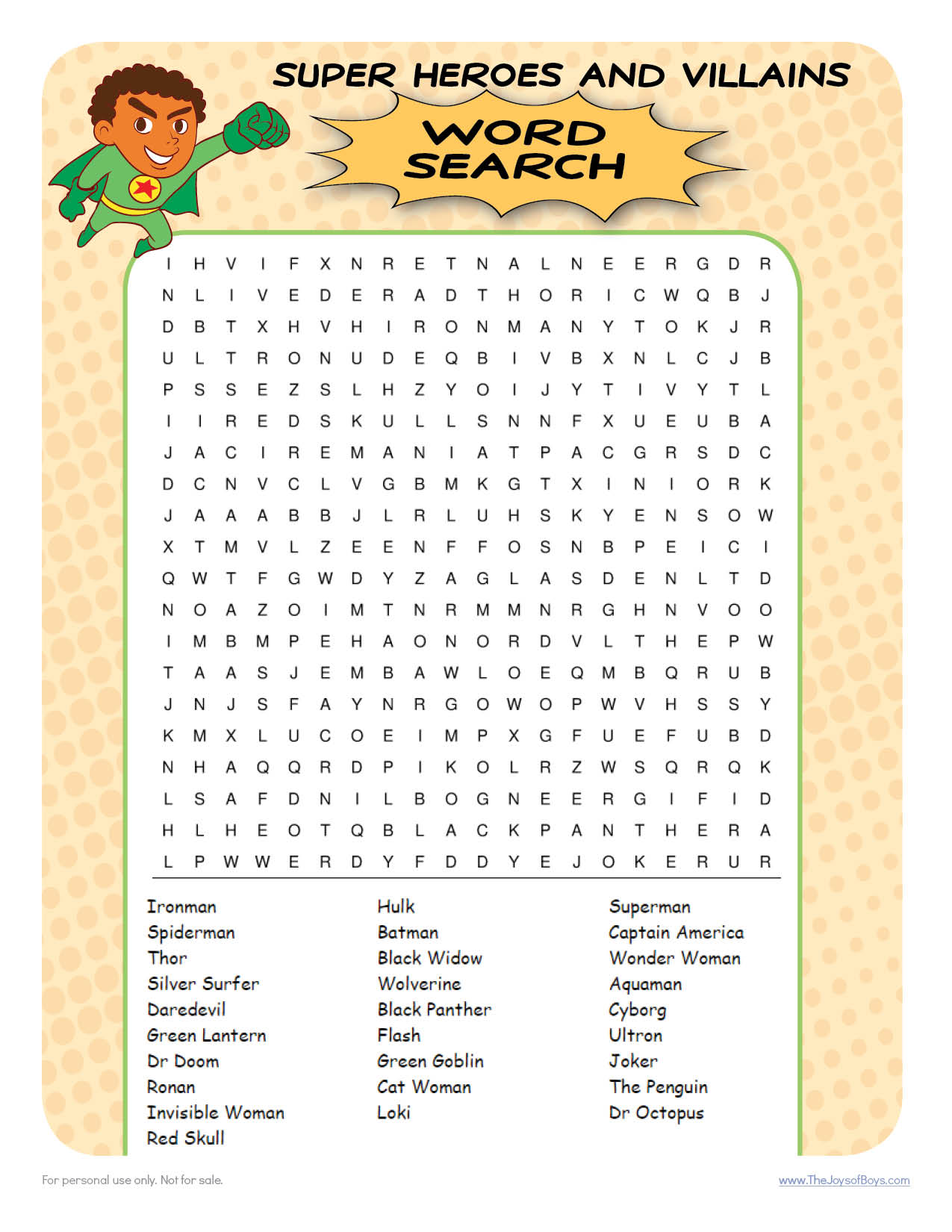 Once everyone had arrived, we played this fun Superhero Bingo game since I already had everyone sitting at the table (which was quite an accomplishment!).  Bingo is always fun, especially if you have treats for the markers.

Of course, Superheroes need to save people from danger.  Diffuse the Bomb is a fun game where you tie a black balloon to a string and attach it to each of the kids ankles.  Then things get a bit crazy!  Once you say go, everyone tries to pop each others balloons while keeping their balloon safe. To win the game, you have to be the last one with a balloon. (The kids were moving so fast it was hard to get a picture!) 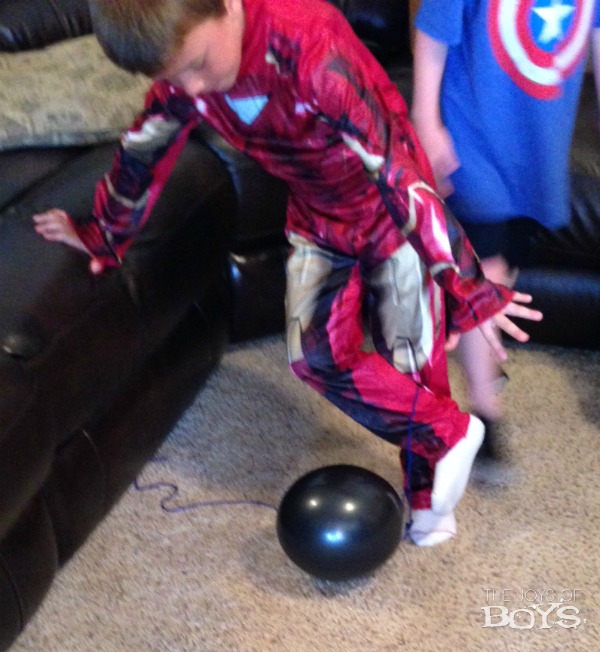 Dispose of the Kryptonite 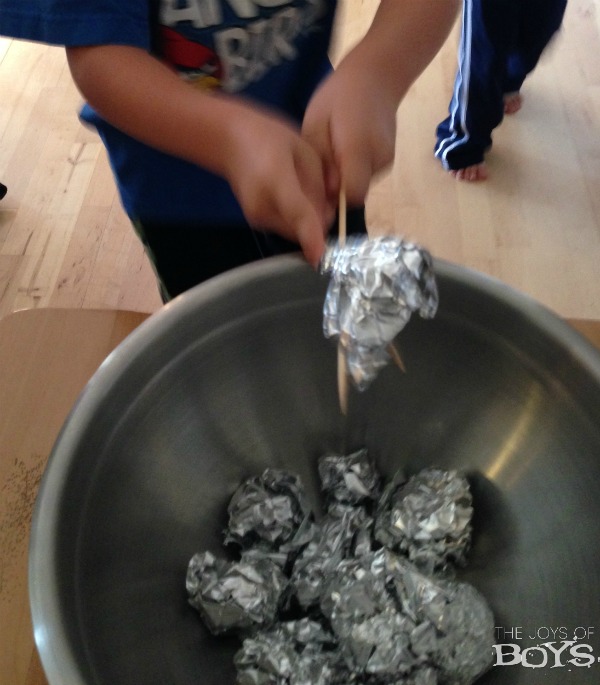 Superheroes also have to deal with villains.  Joker Face is a game that tests their ability to stand up to a villain. This game got really silly.  Have the kids sit in a circle and let the birthday kid be the Joker first.  The Joker has to try and get someone to laugh without touching them.  They can do anything else to make kids laugh and our guests got pretty crazy.  The superhero who can keep a straight face the longest wins. 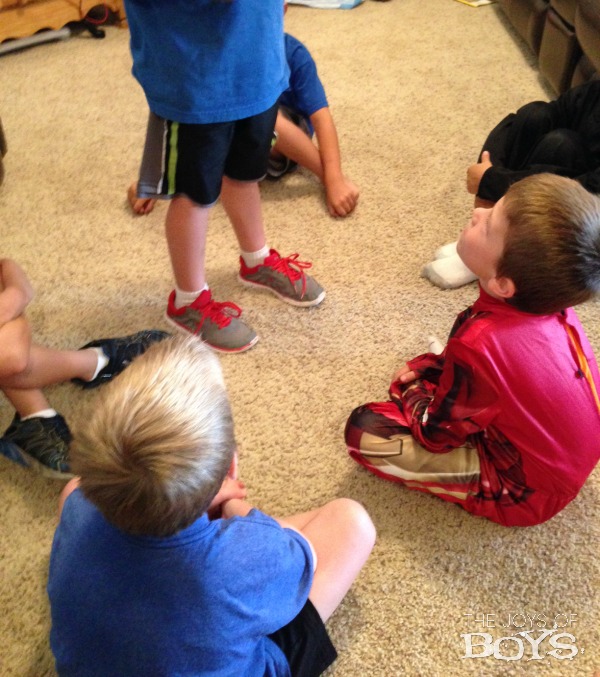 Our superheroes had to defeat some villains in order to get to our Pinata.  We used our Pool Noodle Target (Best things we have ever made! We use it all the time.) and taped on pictures of different superhero villains. Our superheroes then had to throw their weapon, a cardboard wrapping paper tube, and try to defeat the villains. 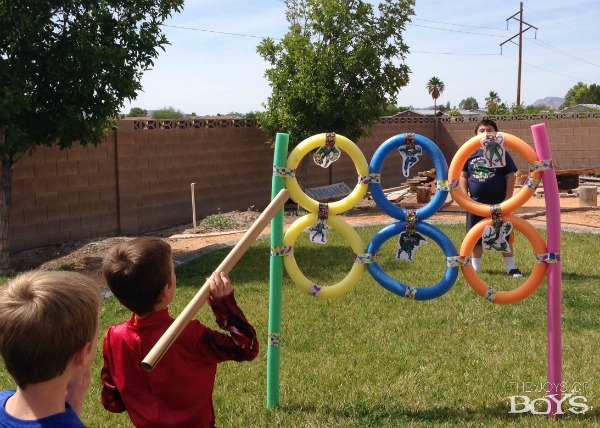 We ended our party with presents, a Spiderman pinata and cupcakes. I found these fun cupcake toppers that made the cupcakes so easy! 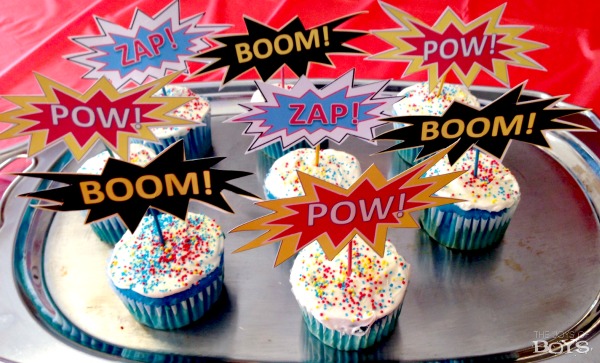 Later with family we had a fun Superman Cake. 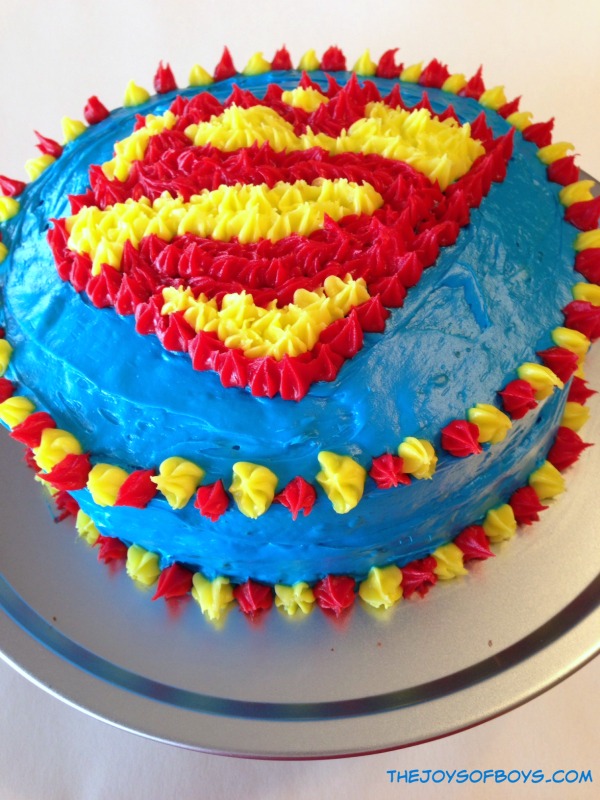 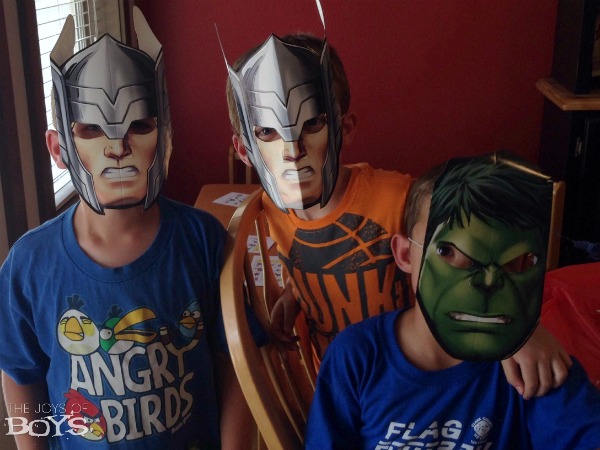 This Superhero Party was one of the easiest I have thrown and the kids had a great time!

If you are planning a superhero party, you will love these: 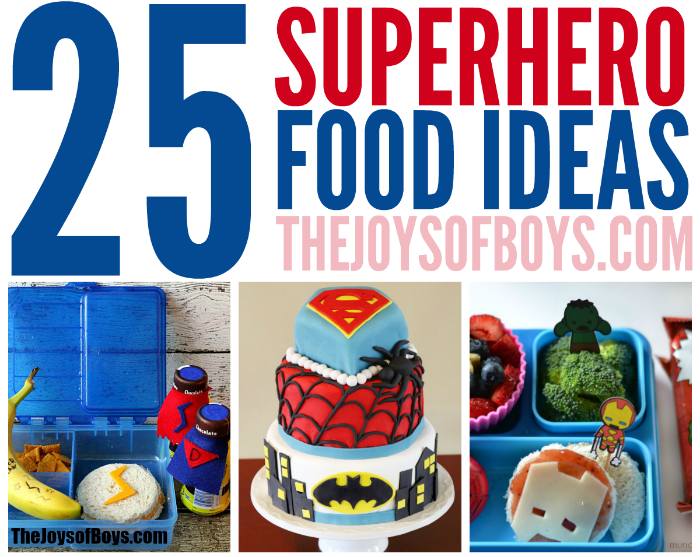 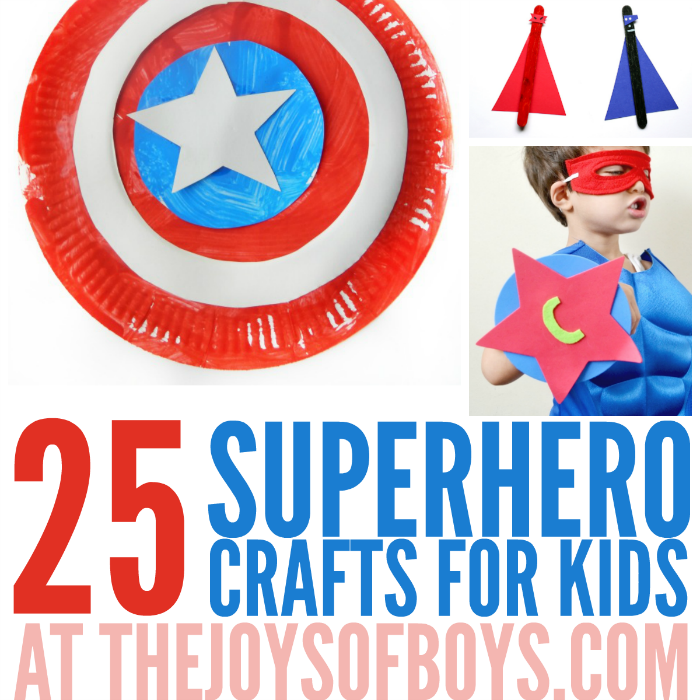 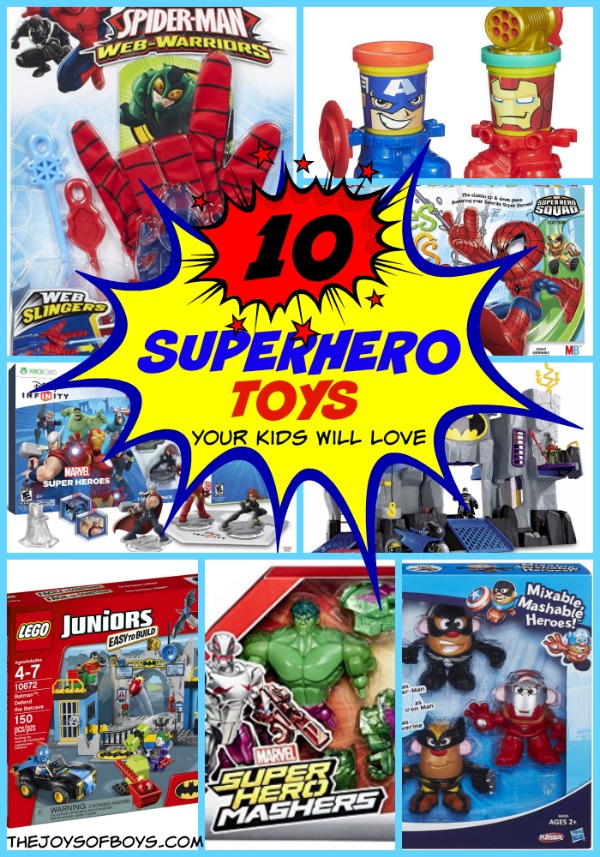 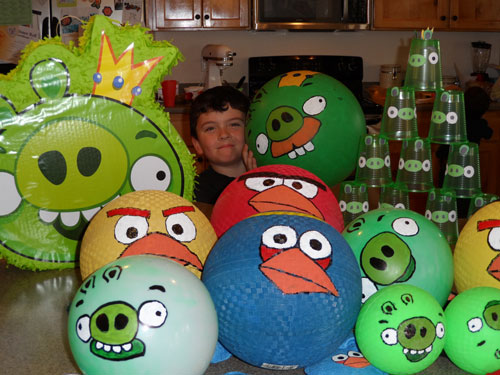